After the first 8 rounds, I wondered if I could do 100 more. Next thing I knew I was halfway through. Before you know it, you’ll go from thinking “It’s only been 10 rounds” to “It’s only 10 more rounds.”
Everything after 54 is n-1. As n gets smaller, progress gets bigger. And progress compounds.
But this only works once you get past the halfway point, because n represents accomplishment.

Takeaway: you can do more than you think you can, but only after you start.

2. Ritual shifts your mental focus.
If you want to make something a habit, make it a ritual. I tried showering first, making sure the mat was facing east, and wearing a dhoti.
Showering, opening the curtains, and facing the sun gives the practice a sense of purity.
The only difference clothes made had to do with sweat. Heavy track pants were sweaty, a light dhoti wasn’t.

Takeaway: Use ritual to build habits.

3. Finish what you start so you can appreciate the details
108 is a big number. Some rounds will be sloppy, some will be perfect, and some will be okay. Finishing the complete practice gives you time to notice the details.
I noticed a lot of movement in my palms. They would lift and move to accommodate tight knees or hamstrings.
When I focused on my palms, my palms focused on their job. That gave each round a nice sense of continuity, an added challenge, and maintained engagement throughout the movement.
Now and then people talk about the straw that broke the camel’s back. But that overlooks the risk of the first straw. That first straw made it an okay place to pile things.
Don’t ignore small details. Just because they’re overlooked doesn’t mean they don’t have an important purpose.
Takeaway: Breaking small rules leads to breaking bigger rules. 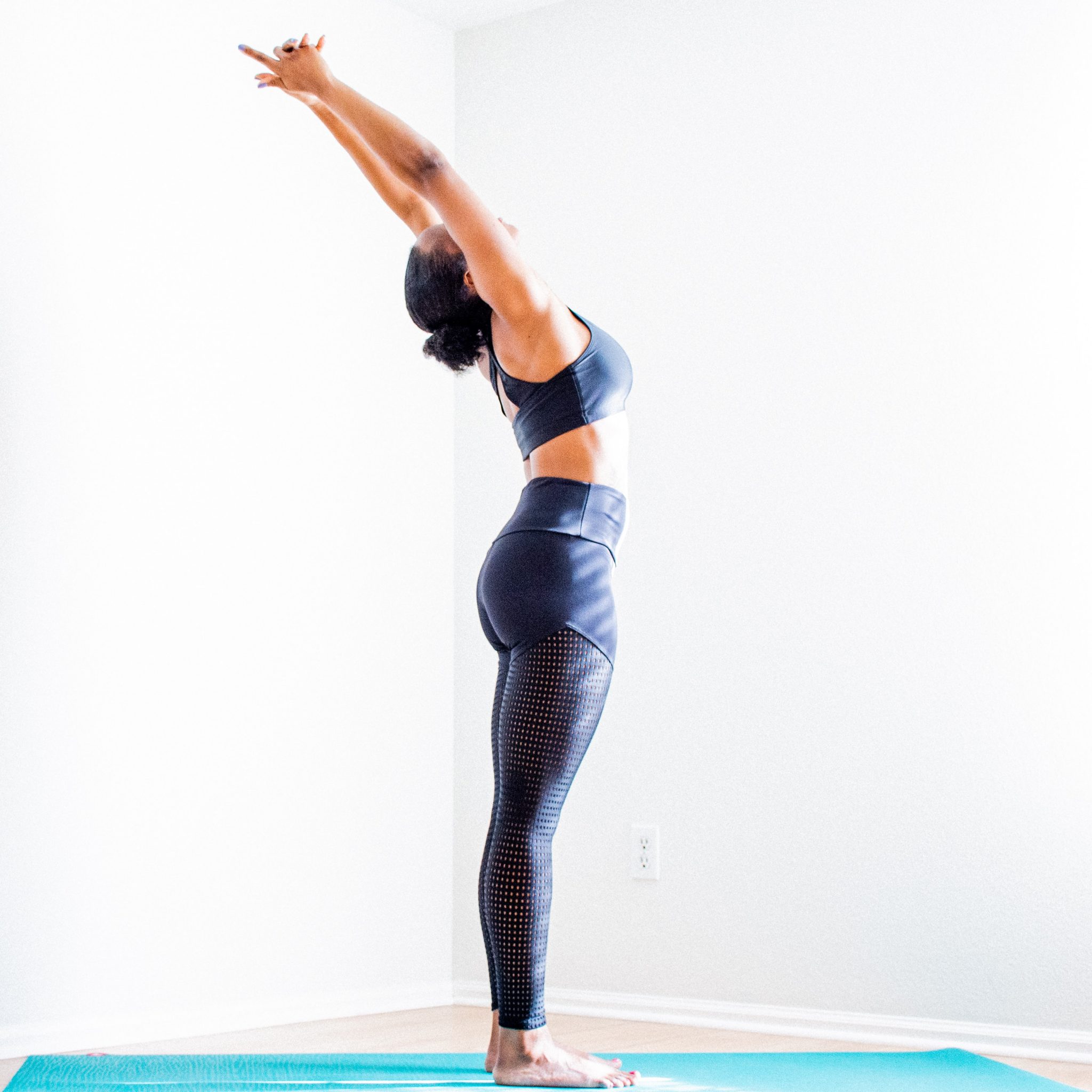 4. Bring everything toward the centre
That sounds like a metaphor, but I’m talking about alignment. Focusing on my palms made me notice that my elbows were flaring out in Down Dog. Keep your elbows tight, and wrap your lats toward the floor. This engages your torso and brings everything in toward the mid-line of the body. You start feeling like a torpedo–streamlined, focused, unwavering.
Takeaway: Your purpose is at your very core. Do everything with purpose for your purpose.

5. You can’t serve until you get rid of that which doesn’t serve you
Get rid of things that will hold you back before you start. The longer you take to actually do something, the more time you have to talk yourself out of it.
On Day 4, I couldn’t wait to be done, so I started right after waking up. I had to take a break after the 20th round, and then come back to it a few minutes later.
Takeaway: poop first.

6. Don’t skip the warm up
Since so many yoga sequences start with Sun Salutations, it’s easy to write them off as a just a warm up.
This is not true.
You absolutely must prepare your wrists and shoulders first. They’re going to bear a lot of weight and do a lot of work right from the start.
The best practices I had were when I savored the preparation.
Make the warm up part of the ritual. Spend 15–20 minutes doing mobility work first.
This extended, purposeful warm up made it feel like I was going on a journey, and made me excited of the 108 rounds rather than scared of them.
Takeaway: Practice is more important than performance, so make the warm up part of the ritual.

7. I became more focused
Maybe it’s because I’d awakened my Kundalini.
Maybe it’s because I started the day with cardiovascular activity.
Maybe it’s because 108 of anything can be meditative.
Your mind wanders, then it gets bored of wandering, settles in and acquiesces to stillness while you still have 74 rounds left.
That’s what meditation is — not controlling your thoughts, but letting them wear themselves out, like a dog that circles a patch of grass until finally laying down to rest.
Or, just maybe, it’s because I’d just accomplished what seemed like a huge task and felt better at the end of it.
The sooner you do it, the sooner you’ve done it. The sooner you’ve done it, the sooner you’ll be happy you did it.
Takeaway: Doing something everyday teaches you how to do things well.

Takeaway: Do things that make you feel strong and accomplished. This makes you vibrate at higher frequencies, and good things start happening more frequently.

I hesitate to say doing 108 Sun Salutations changed my life. But my life did become noticeably different.

It’s crucial to start your day in a way that is healthy and requires enough time that you take it seriously. If that’s 30 minutes, great. If your morning routine takes until lunch, you’re doing it wrong.

In Autobiography of a Yogi, Paramahansa Yogananda recalls Swami Sri Yukteswar reprimanding him, saying “Divine contemplation must not be made an excuse for material carelessness.” Find something that makes you better to yourself, but most importantly to those around you. For me, that thing is 108 Sun Salutations every morning.
What is it for you?