Being a small part of the universal yin– the role of a woman is like that of Mother Nature. A woman is a miniscule embodiment of Jiva Shakti.

Woman is miniscule energy of Shakti just like Mother Nature is a planetary manifestation of Shakti energy on earth. The creative energy: The Mother Nature works in cycles-cycle of seasons, governed by a cycle of the moon and sun, the cycle of day and night, affecting the body, mind, Prakruti and creating a temporary vikara (Vikruti) at every junction for Woman. Hence, a woman-being the miniscule version of this mother nature Shakti is deeply influenced in body, mind, spirit by circadian and circa lunar rhythms, as well as junction of seasons; as well as the time of mensuration, ovulation that coincide with waves of hormones in their bodies.

Similarly, these natural rhythms affect her more differently at different stages of life—whether a Teenager, youth, pre-menopausal or menopausal. The concept is that fertilization and reproduction are elemental dharma of a woman, according to gonfiabili Ayurveda. Woman has the power to carry a life within her Uterus or ‘Yoni”. ‘Yoni’ comes from the joining of the word NI to the root Yu, which means mix and separate. It is the organs in which the woman and child are united and then separated, namely the Uterus Woman is an embodiment of Agni. Agni is Fire. This is a portrayal of the natural luster that women possess. Although the woman is predominantly Kapha, the reproductive aspect is Pitta, since blood and menstrual fluid is Pitta. Direct Cycles that affect the feminine energy are the macrocycles, moon cycle (mensuration), and the transitional cycles.

Nature cure or Ayurveda helps women find their body rhythm, which is closely linked to nature. Hence, women respond better to Ayurveda treatment. The age old texts describe these unique herbs and medicinal plants and their compound formulations that can enhance the health of women. The Charaka Samhita is the most comprehensive resource of Ayurveda. This Samhita presents various categories of herbs and remedies for improving feminine health. The text groups a set of herbs under a specific title which explains the herbs and their properties, individually or in combination. 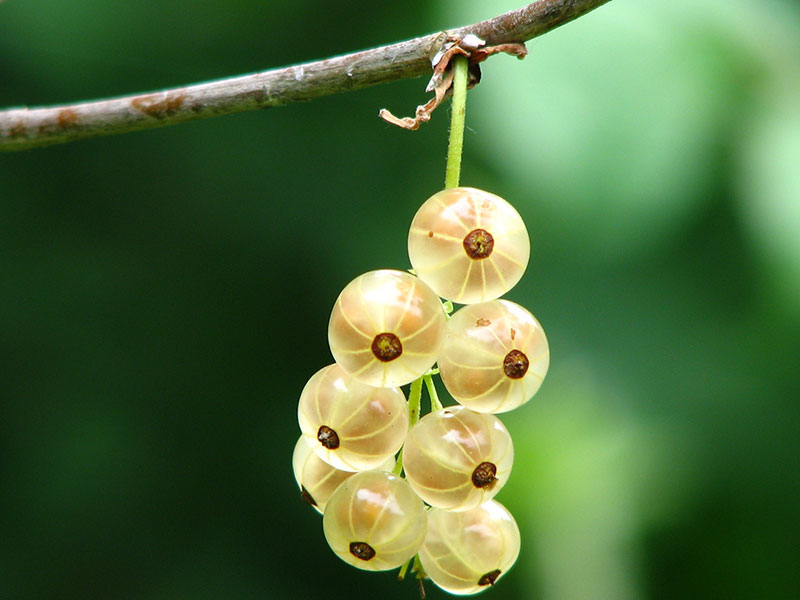 Here are three herbs that greatly benefit a woman’s health and wellbeing.

Amalaki commonly known as gooseberry is a small to mediumsized tree with a crooked trunk and spreading branches. The fruit is extensively used for medicinal purpose. Amalaki is native to tropical Southeast Asia, found particularly in central and southern India, Pakistan, Bangladesh, Sri Lanka, Malaysia, southern China and the Mascarene Islands. It is commonly cultivated in gardens throughout India and grown commercially as a medicinal fruit.

The dried fruit prepared as a decoction and taken on a regular basis is useful in menorrhagia and leucorrhoea [a condition in which there is a white discharge from the vagina], and is an excellent postpartum restorative. Similarly the chakradatta recommends the fresh juice of amalaki with amalaki churna, taken with ghee and honey as a vajikarana rasayana— aphrodasiac.

It’s a small ever green tree that grows to a height of 6-8ms. The bark has a warty surface which is brownish grey or sometimes black in colour. Flowers are fragrant, orange red coloured arranged in corymbs. Fruits are flat pods with ellipsoid shaped seeds. This tree is found on eastern side of Himalayas and shady evergreen forests of south India.

Major chemical contents of Ashoka are alkenes [C20 – C35] esters tannin catachin [+] catechole [-] epicatechin. Ashoka stimulates the uterus making the contractions frequent and prolonged without producing tonic contractions [during the monthly cycle and childbirth]. Due to this it has been helpful in uterine hemorrhagic conditions like menorrhagia, and metrorrahagia [irregular bleeding during and after menstrual cycle].

The classical preparat i on— Ashokarista the alcoholic extract of Ashoka along with the combination of other herbs avai lable in market is useful in conditions like dysmenorrhoeal, bleeding due to dysfunction of uterus. But it should be taken under guidance of a capable ayurvedic physician. Decoction of the bark of Ashoka mixed with cold milk is an excellent remedy for irregular menstrual cycles and other bleeding disorders.

This is a creeper, which grows in low forest areas throughout India. A much-branched spinus undershrub with tuberous, short rootstock bearing numerous fusiform and succulent roots. It grows wild in southern Europe, south west England, and southern Ireland. Most of the greenhouse varieties come from South Africa.

Shatavari contains triterpene saponnins shatavarin I-IV, which are phytoestrogen compounds. These help in balancing the hormone levels in female body. This oestrogen is of plant origin and has strong stabilising and rejuvenating effect on both body and mind. Due to this unique property, it is useful in pre menstrual symptoms [PMS], infertility, dysmenorrhoeal, irregular menstrual cycle, menopause and lactation. The greatest use of shatavari is for menopausal women with low oestrogen levels. The symptoms which include hot flushes, insomnia, night sweats, vaginal dryness that can be effectively managed by phytoestrogens present in shatavari.

Granules prepared out of purified root powder of shatavari taken one teaspoon with hot milk increases secretion of milk in lactating mothers.

Shatavari powder taken along with gokshura and amalaki reduces oedema during pregnancy and gives rich nourishment to both mother and foetus. This also corrects the urinary tract infection [UTI] which pregnant women are often prone to.

Milk extract of shatavari and liquorices is the best medicine to reduce symptoms of menopause as both contain good amount of phytoestrogens. Shatavari when taken with candy sugar cures gawomantis.

The major threat for woman is obesity that can happen due to a dangerous combo of lack of exercise and aging. The doshic theory of Ayurveda speaks a lot of obesity.

The cellular composition of fat is decided by your pitta. However, when your lifestyle and diet favours the accumulation of kapha coupled with imbalance of vata – the quantity of fat increases. So we can say that ‘pitta’ which is a combination of ‘fire+water’ loses its nature to keep transforming and tends to remain static.

The three doshas are a set combination of the five elements of nature summarised as follows:

Though all the three doshas are present in everywhere in the body starting from cell to organ, every dosha has its own capital region in the body. Accordingly, kapha dosha is naturally predominant from head till chest line (starting point of stomach). So, organs that come under this boundary are susceptible to disorders due to increased kapha especially infections, as it provides a favourable environment for the microbes to grow and develop. 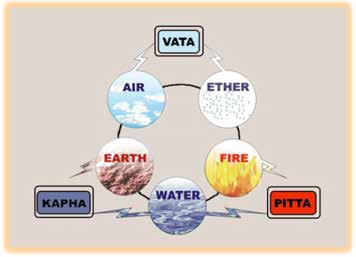 Likewise, pitta is predominant in blood and area starting from stomach till hip line occupying the trunk predominantly. This explains the fact that pitta is responsible for all the digestive activities mainly. This region is prone to disorders due to aggravated pitta, namely, digestive disorders. 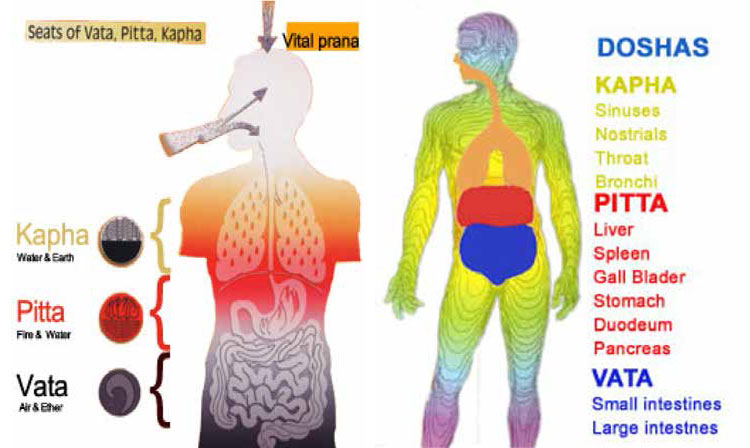 Now, the lower abdomen, the limbs and all bones are seat of vata – as these regions involve excretory and other movements. Usually, when there is an aggravation of vata in the body, it’s likely to get reflected in these regions. 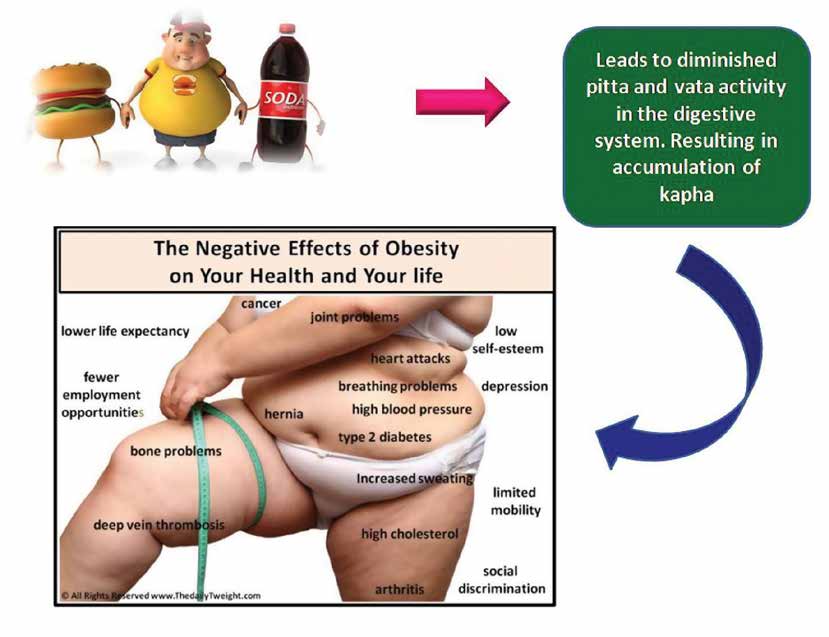 What happens in case of Obesity?

A balanced diet and daily exercise routine is essential to a healthy mind and body. But that’s just the beginning when it comes to optimum health. Ayurveda’s ancient teachings 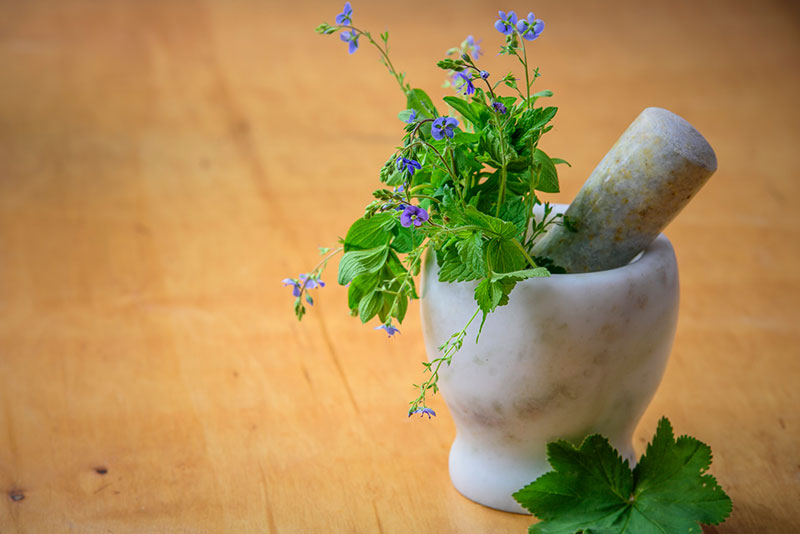 have many lesser-known practices that can assist with things like weight-loss, detoxifying the body, and improving your overall mind, body, and spirit connection.