The year was 2003. I was living in Brooklyn, New York at the time, and I had been studying Zen for several years. In addition to my Zen studies, I had recently taken up Vedanta Hinduism and practice kundalini yoga. I was spending about four to five hours a day immersed in various spiritual practices. I was mixing and matching the philosophies and practices, chants and silent meditations, yoga asanas and walking meditations. I loved all of it. I could feel myself generating a kind of radiant light that accompanies the unspoken knowing that comes with profound spiritual practice. People and situations were drawn to me and life seemed to effortlessly unfold before me. This did not mean painful occurrences and challenges did not present themselves at all at this time. They did. However, I was always able to see those situations as opportunities for growth, and they too became a part of the path.

Fast-forward to 2004. It was a warm, September evening in Brooklyn. The hum of the AC was accompanying my meditation as were the soft chirps of crickets. I had finished my daily routine of two hours of Shikan-taza (sitting zen) with a break in the middle for walking meditation, 90 minutes of kundalini yoga, an hour of chanting from the vedanta tradition, and was nearing the completion of my chakra visualization practice when it happened. Suddenly and without warning, within my line of sight but with my eyes closed, my entire life arose. Not in any time line or in any particular sequence, but just random scenes from my life. And when I say entire I mean EVERYTHING. From birth to present. The experience unfolded much like the bardo realm from The Tibetan Book of The Dead, in that at first, all the memories were very pleasant. Blissful, happy times filled with laughter. There was pleasant, peaceful, almost aquatic sensation of oneness. I was playing with my brother as an infant. (There is no time frame for the early memories, as the events took place before I could tell time) the first time looking into my fathers eyes, playing stickball with my brother in NY and family BBQ’s in the backyard, sailing as a child with my brother and father. What was so shocking about this experience (all of this is happening while I am meditating) wasn’t so much the memories themselves but the absolute vividness and the overwhelming emotions that flooded my entire being with bliss, joy ripping through each fiber of my being. I wanted more. I grasped for the memories, reached for them, desired them. And by doing that, they disappeared. I had failed to realize that these memories were already me. There was no memory experience outside of myself. So, nothing to desire. But in reaching for the experience I pushed it away. In replace of the joyful, blissful memories came the painful, hateful memories. 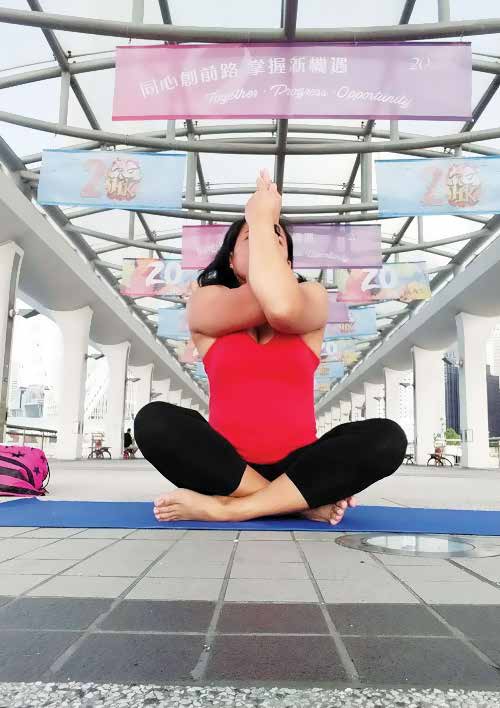 The birthing process itself was painful. Wrought with sadness and despair as my mother was rushed to ICU after giving birth. Confusion. I remember the nurse who held me. I remember her blue eyes and blond hair. I remember she smiled nervously as she held me. My first surrogate mother. I remember the heat lamps they put me under in the hospital. I remember the “near death” experience at 18 months old, the Dr.s hands as they wrapped me in ice and the stickyness of the heart rate monitor adhesives. The also remembered the abuse that put me there. There were so much more of the painful memories as I had build up a wall around these as a defense so I would never have to experience the pain. (That wall had crumbled now as a result of the meditation.) Gut wrenching emotional anguish tore through me like fire raging through a gasoline drenched warehouse. I eventually began to push away from these memories. I didn’t want to see any more or know any more. It was too much already. And with that, the memories started to fade. It was the same process as the blissful, heartwarming memories. They were all inside of me. In essence.. they are me…and I am them. But in pushing away I created a dualism. The memories were there, and I was here, pushing against them. The visualizations began to settle at last. I could feel the sweat soaking through my clothes and dripping down my face. I could hear the AC and the crickets again. I was returning to my everyday reality. I opened my eyes and looked down at my meditation timer. I had experienced my entire life in exactly seven minutes. I shook with both ecstatic delight and gut wrenching despair at the same time, tears and laughter pouring out of my soul.

I immediately called my Vedanta teacher Dada, and asked him for advise. He told me I should just keep practicing, that this would pass. He sounded pleased. So I put the phone down and returned to my sweat stained cushion. I lasted maybe five minutes before began to shake. In less than ten minutes I was running to the toilet to vomit. More meditation was clearly not going to be an option. I called the Zen center and described to the monk who answered what I had just experienced. She told me to stop meditating and that it was too much. Something would break. I believed her. It certainly FELT like something was close to breaking. I left the apartment and went for a walk. The humid September air brushing against my skin, cooling my still damp from sweat body. My heart rate returned to normal within a half hour. By the time my ex had returned home from work, I felt sane again, albeit quite shaken.

I learned some six months later that this experience is not that uncommon with Kundalini students. Writer Ken Wilber calls this a “Kundalini Break”. (This seems to happen frequently in kundalini yoga—the yogi pushes it too hard and is inundated by his own Archetypal energies. The Atman Project p 118) It is an amazing and extraordinarily powerful experience.

I was not ready for this at the time and was very lucky to have good advise a phone call away. I continued studying both Zen and Vedanta for a few more years, mostly working on deepening my understanding of that peak experience and sorting out what to do with all of it. I still practice Zen and Kundalini but combine it with meditations from the Kagyu Buddhist tradition. And when things get too hot, I always stop.

The greatest lesson I learned from this experience (other than the ones contained in the memories themselves) was that if you are going to take up a spiritual practice, find good, qualified teachers who have the time and energy to dedicate to teaching you about the path you are on, and who have walked the path themselves. There are too many yoga teachers who have never attended a meditation retreat or taken a proper meditation lesson teaching ten-minute meditations at the end of a yoga session. (It would be better to call this time ”subtle energy relaxation time”) Relaxing, yet hardly insightful. At the same time, there are videos like P90x (great workout, by the way) which have a yoga chapter, and if you have never been to a yoga class, you could really hurt yourself, or at best, never really feel the benefits of true yoga. I cannot recommend the combination of yoga and meditation highly enough. You do not have to have four or five hours a day to practice to combine disciplines. That schedule was right for me at that time in my life. However, If you have an hour of practice time, spend thirty minutes on each discipline. I promise you both your yoga and meditation will grow exponentially. Faster and stronger than doing an 50 minutes on one and 10 minutes on the other. It is all about balance and union, after all.

Christopher Luard : After studying and practicing meditation for the past 31 years, Christopher is now the director of the Such Sweet Thunder meditation program. Chris teaches from the belief that the practice of meditation can bring about a much needed inner peace and harmony. Christopher has received formal training in Zen, Mahamudra, Dzochen from the Tibetan traditions, Vipassana and Vedanta from the Indian traditions, and Mindfulness and Shambhala from the relatively modern American traditions. Having witnessed the Sept 11th incident in New York City, Christopher dedicates his life to these teachings with the hope of passing on the practice to others. His intention is bring about a new, more peaceful, loving, and compassionate worldview.