With much of the excitement fueled by images from a recently photographed black hole leading the way for scientists who predicted the existence of the black holes to feel vindicated, the math may still not be adding up for many. There are as many scientists with all the algorithms in the world, who calculate that the math that leads to the existence of the black holes is still, well, a black hole! The pictures as compelling as they are do not still total up to equations that unequivocally prove the origin, existence and evolution of a Black Hole much less reveal how it works or what is held within and without. As much as we know, the unknown is mysterious, baffling, even unbelievable. Einstein had predicted the existence of black holes in his theory of General Relativity. Yet his most innovative nonlinear equations do not quite literally pierce the surface of the event horizon. Despite these predictions, calculations and now, conclusive proof in pictures, the black hole remains elusive; its entity, one of the biggest enigmas of our time.

The existence of Everything in Nothing: Everything in the universe exists in a warp and ultimately the challenge is to wrap our heads around the understanding of this phenomenon in a nonlinear way. In the Hindu and Buddhist traditions of meditation, exists the idea of the Shunya or zero or Nothing. It can, therefore, be said, that, when Nothing is known only then, a semblance of something can be understood. Everything begins in Nothing. Meditation has been described by renowned spiritual leader Sri Sri Ravi Shankar as the ‘Art of doing Nothing’. Embracing the idea that: I am Nothing; I do Nothing and I want Nothing — is the simplest and most profound understanding of meditation. Once we own Nothing, Everything begins to reveal itself enabling us to commune with the cosmos.

Dynamic opposites: With a mass many million times the size of our Sun, the black hole we see in the recent pictures comprises of glowing gases that surround a dark region similar to a shadow. The paradox then lies in the juxtaposition of the brightest of light and the darkest of matter that possibly exists. Infinitesimal dark matter coalesces together and sucks collapsing stars, the corpses of many suns and much more including light, into its vortex to become a mass that is the size of millions of galaxies. This black hole then shoots jets of light that are seen as streaks coming out of the dark hole. How do light and dark converge in this fantastical manner? How do the minutest of atoms become the springboard for the creation of this mass of the highest density? 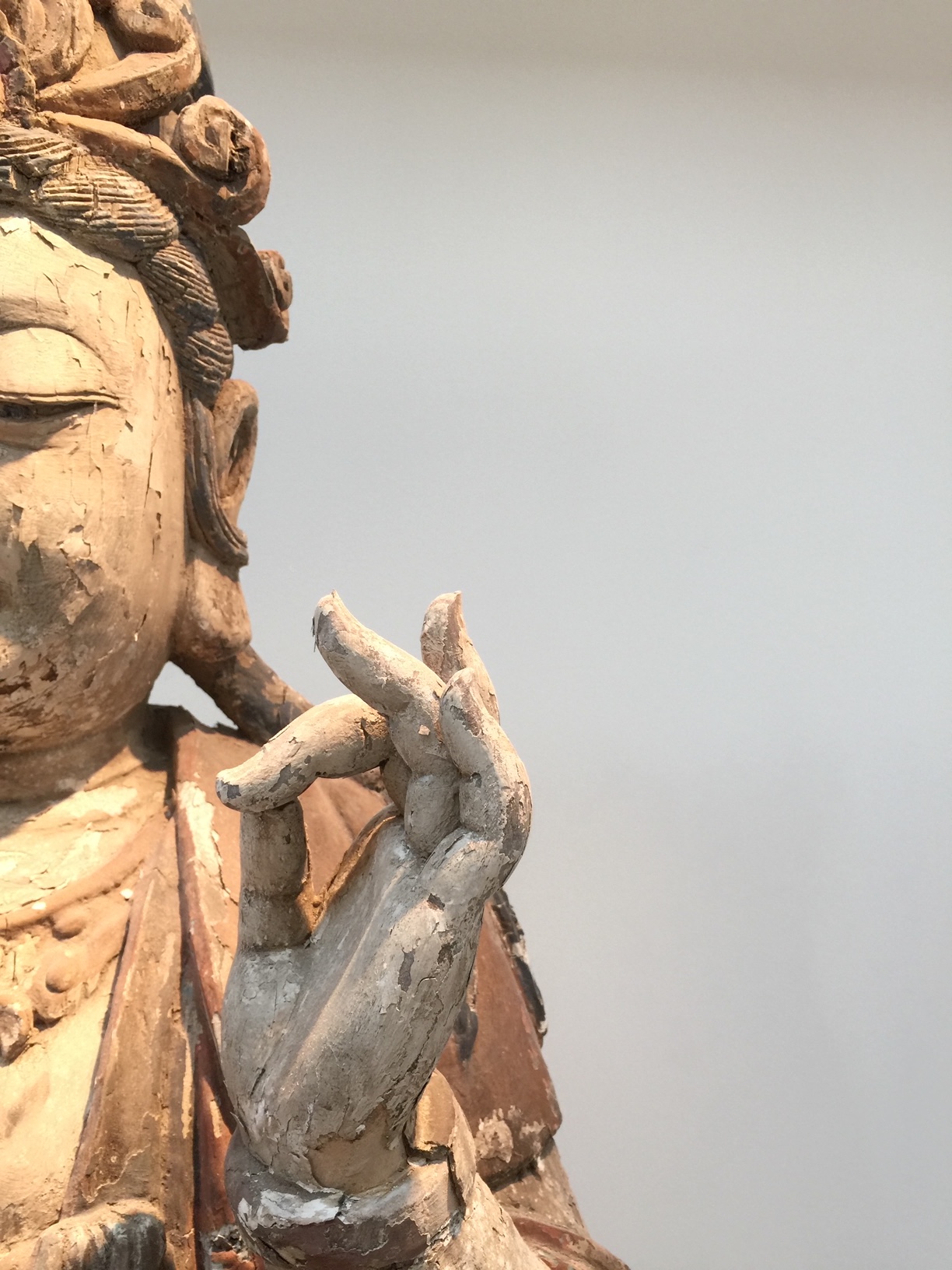 Meditators wrap their heads around the paradox of opposites in every way and every moment. Only when the body is completely at peace in harmony and turning inwards can we access the sub strata of a quantum field that throbs with infinite possibilities. One has to dive into the darkest, deepest regions of one’s being to access the light, love and brightness that is our essence. Meditators also find that the fields of the infinite and the finite collide and dissolve seamlessly, and that nothing and yet, everything are joined at the hip. Sitting in supreme stillness, the dance of the cosmos inside the individual is understood and experienced as supreme bliss.

Transcending reality: Examining the nature of reality is the most challenging question for scientists as far as black holes are concerned. Why? Black holes warp time and space caused by the gravitational bending and capture of light by the event horizon. Scientists can only conjecture as to how this gravitational bending could possibly realign the nature of reality taking us back light years to when we were primates or leap years ahead into other living systems and life forms. Perhaps going through the so called wormhole, may well be akin to coming out on the Other Side.

The nature of reality, the Universe as we know it, are ideas that are limited by time and space. The profound truth about the transcendence of time space and events is experienced by meditators everyday. Transcending these limitations is the universal goal of meditators that takes them from a limited consciousness to a larger universal consciousness. The dance of the universe happens within and the external universe can also be understood as ‘Maya’ – or the illusion of reality – this understanding of reality, or lack thereof, illuminates and transforms the individual in meditation. Einstein insisted that, “Reality is merely an illusion, albeit a very persistent one.”

The Superstring theory, vibrations and dimensions: Honing in on the black hole, scientists are looking for clues to unlock its mysteries, one of them is listening to the sounds emitted by a Gravitational Wave — like listening to a musical instrument. You can tell from the vibrations, the kind of musical instrument that is being played. And from the sounds unleashed from the masses that collide and intersect to form dark holes — we can interpret the nature of the mass, it’s synthesis, genesis and its ability to transform or commute — while our ability to tune into these vibrations and attempt to interpret them helps us understand matter. This is where the General Theory of Relativity and Quantum Physics loosely amalgamate in the Superstring Theory – also called the Theory of Everything. Where Nothing is Everything and Everything is Nothing in the vibrational field of energy. Matter then is energy in one unified, rather elegant theory, that straddles many dimensions not unlike meditation.

In common parlance when we talk about someone’s ‘vibe’ — we refer to their vibrations, their field of energy or the vibrations they emit. These vibrations are what is alluded to when the energy body of a meditator is measured and compared with non-meditators. These vibrations can be measured and Mantra meditation specifically harnesses this aspect of the vibrational field of energy. This leads us to the creative aspect of the black hole — most often misunderstood — in fact the most brilliant stars are the product of light streamed out at millions of miles at the speed of light from the unknown depths of the black hole. The vibrations of the meditating mind have been measured and have been found to approximate the field of energy when innovation and creativity come together in ‘the flow.’ Creation dances at the feet of the unknown. Dancing filaments of strings or energy.
From the unknown recesses of our being comes the opportunity to know the most profound truths. For in that state of Nothingness or endless dimensions, the veil around the existence of Everything is revealed.

Shalini Parekh, teaches meditation and yoga and has written extensively on the intersectionality of the mystical and the cosmos based on the knowledge enunciated in ancient Indian texts like the Yoga Sutras of Patanjali, the Yog Vasistha and the Upanishads — where thousands of years ago concepts of dark holes, wave theory and quantum physics were alluded to.