We all know the importance of ‘balance’ in creation. Everything in the universe is in its place because of balance. Similarly, all the forces of the nature, higher or lower, have to be in balance all the time for the sustenance of the creation. The smaller forces are nothing but a microscopic representation of the higher forces of universe.

The Ardhanareshwar form of Lord Shiva represents the union of Mata Parvati and Lord Shiva or union of Purush and Prakriti, both are two different aspects of nature but come together to form a perfect harmonious balance between two complementary forces. Ardhanareshwar form to aid various purposes of nature represents complete union, a complete whole. They are one, existing without duality. That is the concept of marriage in Vedic philosophy.

Marriage between a man and a woman symbolically represents a union like the Ardhanareshwar, between two people. They unite together to form a complete whole. When two people come together in marriage, they become an inseparable part of each other for an entire life, there is no individual identity then.

Woman is considered as force or ‘shakti’ in man’s life. A woman is like fuel and man the vehicle, both join together to complete the journey of experiences they chose to go through in their lifetime.

As every phenomenon in nature serves a purpose, there is Jumping Castle purpose behind two people coming together also. As the root of every action is desire, this desire decides the purpose they unite for, and accordingly they go through the experiences they had asked for. Union of two forces is always for creation. Based on their desire they connect together at different levels to create, experience and go beyond. These connections based on the desire/purpose also decide the length of that relationship. The higher the purpose, longer the union. They are the bonds established between two people at the level at which their energies merge with each other, that is to say connecting at the level of chakras. As we know there are certain characteristics pertaining to each chakra, the union happens at the level of these characteristics. 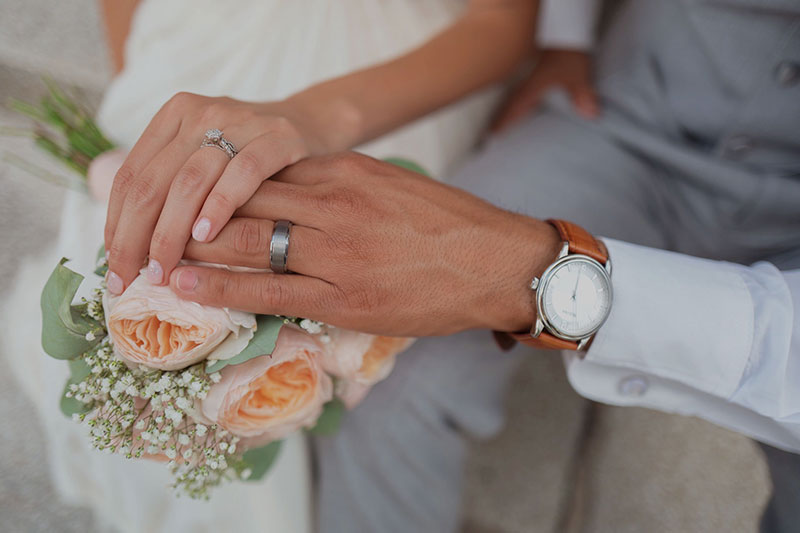 The lowest or the grossest level is that of the basic earthly desires, characteristics of mooladhar chakra. They merely satisfy the grosser needs of life, such as sharing material wealth and belongings. There’s no higher purpose of them coming together. A little above this is the connection based on sexual desires at the level of swadhishthan chakra, or the level of physical creation.

Above this is the connection established on the plane of power, be it social, political, economic — like in earlier times when two empires came together by way of marriage between heirs. The purpose was to expand the political or economic status, expansion of kingdoms and stronger defenses against enemy aggression by merger of two kingdoms.

Now comes the level where maximum marriages exist — the level of attachment. When one thinks that he or she cannot live without the other, mistaken as love, these are the connections which normally fail to become marriages and often result in what we see as divorce these days. The basic concept behind marriage — togetherness and oneness — lacks in these relationships. There is sense of possession, when you want a complete hold on the spouse.

In a marriage based on these emotions, the house and the environment around goes into complete disharmony. These are connects at the solar plexus or the surya chakra. A connection formed on the basis of love is much higher and has no ties. It is established at the anahad chakra, the seat of selfless love. Love can never hold you back, tie you with emotions and conditions. It is selfless; it sets you free because you are happy in the happiness of the person you love unconditionally.

Though it’s a rarity to find connections based on the basis of love today, even rarer are the connections established on the basis of creativity ie at the level of vishudhi chakra. This is the higher form of creativity where people unite together when they have risen over their selfish needs and can think beyond themselves. Higher form of creativity can be understood as creating institutions, charitable organisations or even awareness to help people who need help. Then comes the highest energy centre in a being, ajna chakra or the seat of Lord Shiva in a human body.

The connection formed at this centre is so subtle that in Bouncy Castle For Sale this day and age it is nearly impossible to find a connection at this level. Only people who have transcended the physical, the emotional, who’ve surpassed the level of love and creativity at the physical level can connect at this highest and subtlest level of existence. This is the union of Shiva and Shakti, complete in every respect.

A human being evolves when he experiences the qualities of every chakra and rises over them. It’s nearly impossible to connect at all these levels in a single relationship. So to experience and evolve over a chakra, these connections used to be formed.

Vedic philosophy is so huge and vast that it covers every aspect of nature, all levels of creation. Based on the nature of the beings of various dimensions, marriages are categorised in five kinds. Manav Vivah or the kinds of marriages we see today are the ones which require a ceremony and are intended to last a lifetime. The concept of love marriage is not a modern concept; it used to happen earlier also and was called Gandharva Vivah.

The third type is the demonic or Asuric Vivah when you forcibly marry the other person, against his or her wishes, which was a norm in the rakshas clans. The fourth kind is Yaksha Vivah. Yakshas are the guardians of Gods. This marriage is a ceremony by rituals and lasts longer than the Manav Vivah but not as long as the fifth one, the Deva Vivah. Blessed by the higher forces of nature, this ceremony takes 13 months to be completed and lasts for seven lifetimes. In the seven lifetimes, the couples carry out specific higher responsibilities and then move towards joining the Deva Lok.

Matching horoscopes is nothing but matching the chakras of two persons — the science was perfected by the Vedic rishis and given to mankind as a blessing.