In its purest form, peace is inner silence filled with power of truth. Peace is the prominent characteristic of what we call “a civilized society”, and the character of a society can be seen through the collective consciousness of its members.

The challenge to peace normally presents itself in the question, “are human beings by nature violent or nonviolent?” if the answer is violent, then the concept of peace becomes nonexistent. Peace has become so elusive that people have begun to question its existence. Peace of mind has become a popular cliché, but what does that mean?

Peace is energy, a qualitative energy which emanates constantly from the One imperishable source. It is pure force that penetrates the shell of chaos, and by its very nature automatically puts things and people into balanced order. The self is a reservoir of vital resources, one of which is peace. To recognize the original quality of the human soul as peace is to stop searching outside for peace. Through connection with the One eternal and unlimited source of peace, our own reservoirs overflow with silent strength. In its purest form, peace if inner silence filled with the power of truth.
Peace consists of pure thoughts, pure feelings, and pure wishes. When the energy of thought, word, and action is balanced, stable and nonviolent, the individual is at peace with the self, in relationships, and with the world. To exercise the power of peace embraces the fundamental principle of spirituality: look inward in order to look outward with courage, purpose and meaning. The first step in that process takes careful examination of one’s thoughts, feelings, and motives. By opening the window of the inner self, individuals are able to clarify and pinpoint attitudes and behavior patterns which are destructive, causing chaos and peacelessness. 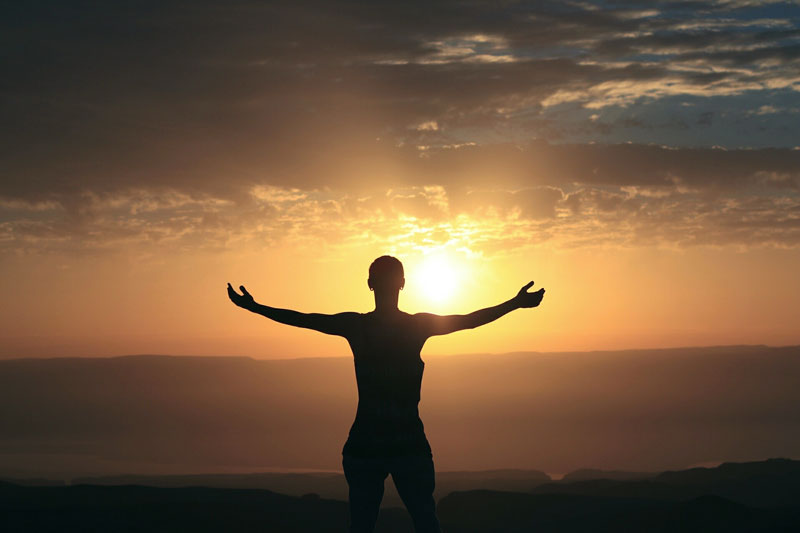 People say in one breath that they want peace of mind, and in the next breath they say hurtful things. Wasteful gossip spreads peacelessness, as does anger. Peacelessness initially begins with a few angry and forceful thoughts which are then expressed in words and in some instances escalate into uncontrolled proportions of violence.

People say they want peace in the world, but what kind of peace do they desire? People ask for peace, but whose responsibility is that? can anyone who remains peaceless be an instrument for peace? Authenticity of action depends on authenticity of person. Today, policymakers are dedicated to making, building and keeping peace. A tremendous amount of human resources and research is invested in establishing world peace. Emphasis is placed on the value of peace precisely because of the great peacelessness that exists and which has infiltrated our lives far deeper than we care to admit.

In its most common form, peacelessness can be felt as stress and pressure due to family, work, social, and other obligations. In tis more serious condition, peacelessness is manifested in breakdowns, addictions, abuse, crime, emotional imbalances, and psychosomatic ailments. While medical science has helped relieve symptoms of stress, and psychology has contributed toward understanding the psyche, there continues a genuine search for a functional and empowering spirituality which can produce within the individual a calm and relaxed state of mind. The inner qualities and thought power of human beings are fast being recognized as tools to deal with the world and its growoing demands. Health is being examined from a holistic perspective, partnering both physical and spiritual energies in the process of healing. Even when physical health is maintained, spiritual resources are being tapped to enhance coping skills and interpersonal relations.

The promise of peace gives hope, but like a piece of quicksilver, it some times seems slippery and evasive. We are at a crossroad of human civilization. On one hand, things are rapidly disintegrating. That is made bitterly apparent by wars, civil strife, riots, ethnic cleansing, and so on. However, on the other hand, an almost invisible integration involving alternatives and possibilities is putting the pieces together. Bringing peace back into the social, economic, political and other fibers of society would require looking at peace from two levels: the external and the internal. Peace education, conflict resolution and all peace initiatives must take seriously the critical connection between individual and world peace. Programs and projects must include an emphasis on individual peace offering proactive and practical means to peace, beginning with the first step of knowing the inner self.

Ultimately, when all minds are focused and stabilized on the One imperishable source of peace and synchronized throughout the world, the reverberation of peace emitted from the silence will echo “WORLD PEACE IS DECLARED!”

Source: Prajapita Brahma Kumaris World Spiritual University
Prajapita Brahma Kumaris World Spiritual University is a socio-spiritual educational institution working for the establishment of a peaceful and virtuous society. The organisation imparts spiritual knowledge and teaches Rajayoga meditation that empowers a person with inner powers, divine virtues, developing a vision for the self and clarity in life. It is actively associated with the UN through its affiliation as an NGO. It has consultative status with ECOSOC and UNICEF. The UN has conferred it with seven peace messenger awards.
The Brahma Kumaris has a global presence with over 9000 meditation centres in 139 countries spread across all the continents, conducting Rajayoga sessions free of cost to anybody interested. The International Head Quarters is in Mt.Abu Rajasthan, India.