Freedom is a precious gift which promises an experience of liberation and a feeling of no limits – as if earth, the skies, and the seas are at one’s service! The concepts of freedom and liberty have fascinated human beings. One of the greatest aspirations in the world today is to be free. People want the freedom to lead a life of purpose, to select freely a lifestyle in which they and their children can grow healthily and can flourish through the work of their hands, heads and hearts. They want to do and go as they please and to enjoy social, political and economic rights and privileges. In short, they want the freedom to choose, to risk, and to succeed!

Freedom can be understood mistakenly to be a vast and unlimited umbrella which gives permission to “do what I like, when I like, whomever I like”. That concept is misleading and a misuse of choice. True freedom is exercised and experienced when parameters are defined and understood. Parameters are determined by the principle that everyone has equally the same rights. For example, the rights to peace, happiness and justice – regardless of religion, culture or gender are innate. To violate the rights of one or more in order to free the self, family, or nation is a misuse of freedom. That kind of misuse usually backfires, eventually imposing a condition of constraint and in some cases, oppression – for the violated and the violator. Misuse creates conflict and imbalance – in the self, in others and in nature – and the result of that is evident in the modern world.

To safeguard freedom, individuals must not excuse, as an example, the following sentiment and the actions resulting from it: “A little greed, a little aggression, a little anger is necessary to keep people and things in place”. Such a compromise, beginning as a trace of violation, quickly multiplies; other wrong sentiments and actions are then justified. Harmful or negative thoughts, words, or actions produce equal reactions, as do beneficial and positive sentiments and actions. In other words, what is sown is reaped. This is the natural law of action known as Law of Karma. It means that, individually or collectively, positively or negatively, accounts will be settled and debts incurred will paid.

One of the key functions of a government, an institution, or any system which has taken the responsibility to serve is to safeguard, promote and guarantee freedom at three levels: 1) within the individual, which includes a wide range of physical and mental dimensions from preventing torture, pain or suffering to encouraging selfactualization and self-expression; 2) within groups, societies, or countries, which is demonstrated through justice and equality in assuring human rights; and 3) within nature, which means total respect for natural laws, which are constant and unshakable and which ensure nature’s right to an unpolluted life.

As trustees of the precious gift of freedom and in reaction to violations of freedom, we continue to sense the imperative to liberate peoples and states from the “iron chains of oppression”. Yet, even with independence, individuals remain bound to their own “iron chains” of lust, anger, attachment, ego, greed and violence. They continue to “do battle” internally, within their own minds, and it is from that “battlefield” that all wars are born. 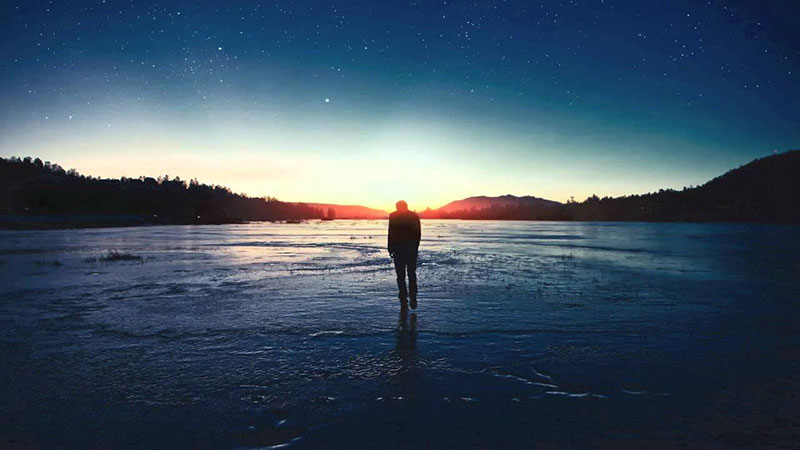 Thus, there needs to be freedom from complications and confusion within the mind, intellect and heart of human beings. Such battles may be experienced in the forms of wasteful or negative thinking influenced by the “iron chains”. Even if one were to conquer gross anger, there may continue to be subtle feelings of hostility, revenge, or ill will which must be examined, understood and let go. Each one’s nature is unique. However, to adopt easiness, lightness, and mercy in consciousness, attitude, and outlook is proactive – and the means to be free from the influence of negative personality traits.

Ultimate freedom is liberation from bondages created from acting in the consciousness of the body – out of attachments to the self and its senses; to others; and to worldly possessions. Liberation is releasing oneself from such attachments. That does not suggest one would not be loved and loving. On the contrary, having become more independent within, one’s outside demeanor would reflect a less dependent and more loving nature.

Self-transformation begins the process of world transformation. The world will not be free from war and injustice until individuals set themselves free. The most potent power to put an end to internal and external wars – and to set souls free- is the human conscience. Any act of freedom, when aligned with human conscience, is liberating, empowering and ennobling.

“the declaration of human rights was based on the conviction that man must have freedom in order to develop his personality to the full, and have his dignity respected” – Mrs. Eleanor Roosevelt, 180th Plenary Meeting of the UN General Assembly, December, 1948

Source: Prajapita Brahma Kumaris World Spiritual University
Prajapita Brahma Kumaris World Spiritual University is a socio-spiritual educational institution working for the establishment of a peaceful and virtuous society. The organisation imparts spiritual knowledge and teaches Rajayoga meditation that empowers a person with inner powers, divine virtues, developing a vision for the self and clarity in life. It is actively associated with the UN through its affiliation as an NGO. It has consultative status with ECOSOC and UNICEF. The UN has conferred it with seven peace messenger awards.
The Brahma Kumaris has a global presence with over 9000 meditation centres in 139 countries spread across all the continents, conducting Rajayoga sessions free of cost to anybody interested. The International Head Quarters is in Mt.Abu Rajasthan, India.