Asana (pronounced aasana) is usually translated as a posture. It is a seat or a sitting position as aasa in sanskrit means to sit. However if we go deeper it means “TO BE”. So asana essentially is a state of being. When asana is looked at as a state of being rather than a mere posture, it’s significance and our approach to asana shifts. It becomes a means by which the senses are turned inwards and the body becomes a vehicle of the divine.

We invoke the qualities of the animal , sage , aspect Jumping Castle of life or nature and it becomes a bodily prayer, where we embody those qualities and the spirit of that being. We are not only invoking but evoking those qualities from within. One thereby gets in touch with all aspects of oneself. One transcends a limited perception of oneself and therefore life. The body is also prepared for meditation through asana and we experience the all en-compassing spirit when we can mindfully still our body 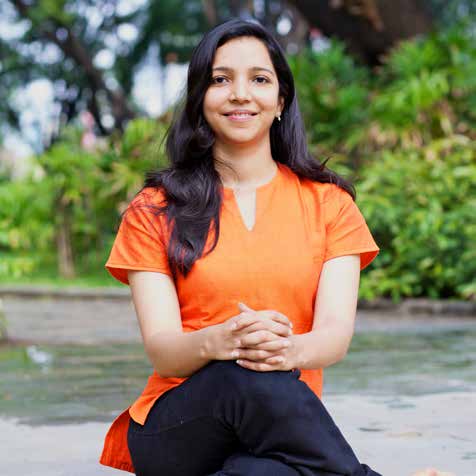 According to saint Thirumoolar from south India there are over 64,000 asana. Those are the many life forms that Shiva takes. Shiva is consciousness itself and he expresses himself through innumerable forms. Legend has it that Shiva went into different asana to create each life form. We become an infinite expression of Shiva or consciousness through asana. It helps us see that though we have a form we are more than the form, we are consciousness itself. Asana is a tool for realising our higher SELF. We no more identify with the personality. It is a tool available where we can tune into many states of being and find the SELF in each of those states. Through asana we cultivate the capacity for stillness. Asana is a tool that enables us to go into deeply meditative states. In that nothingness and silence everything can be created. Thus asana helps us experience formless consciousness through form, spirit through matter and the intangible through the tangible. That is what tanthra essentially is.

When practicing asana I see many force their body or hold the breath when I instruct them to hold the asana.

Patanjali in the yoga sutras chapter 2 verse 46 mentions sthira sukham asanam. This means that there is firmness or stability, not a rigidity and a sukham or ease which is reflected as grace. This aware and alert yet relaxed state of being allows for prana to flood areas that may not have had attention previously.

The breath is one of the ways we absorb prana or life force energy. By using focussed steady breathing in the asana we allow prana to permeate dense or diseased areas. This dissolves stiffness, stagnation and energy blocks so one can be in one’s true magnificence. Different pranayama ( conscious expansion of life force energy) may be added according to the context later on.

How should one attempt a difficult asana?

It is better to go step by step and broaden ones Bouncy Castle comfort zone rather than push and hurt oneself. It is like an overweight person wanting to lose 20 kilos in 10 days. When the body, emotions and mind work as a team there is much less injury in asana practice. This may seem a bit slow, however with consistency and patience you can soon reach your goal. Speed without stability is dangerous and you can meet with an accident. That will only slow you down even more in the long run though you were fooled into thinking you are speeding ahead.

Practice jathi ( conscious , rythmic movement) , simple kriya (practice for purification) , intermediate poses and simple asana in the beginning. This will prepare the system for the more intense asana.

Asana is mentioned as the third anga or limb in the ashtanga system codified by Patanjali over two thousand years ago. The first two limbs are Yama and Niyama which means conscious control and conscious cultivation. So asana has to be in line with the yama niyama. There are five yama and five niyama. One of the yama is ahimsa. So let us apply ahimsa or non-violence to asana. One needs to be mindful of not overstretching or pushing the body, just because the mind decides one day that it wants to become a super-yogi. Also if we apply aparigraha which means non-greed then we can see that we may do things to the body due to this greed for looking good rather than having a true team work or union with the body. So apply these principles in asana and do not treat it as mere exercise. I have seen many trembling and yet continue holding the asana. In that case come to a restful asana like the child’s pose for a while and then re-approach the asana. Yoga is balance. One is not lazy and neither is one over ambitious. Find your middle path just as Krishna advocates in the Bhagavath gita. In chapter 6 verse 16 he mentions to Arjuna “There is no possibility of one becoming a yogi, if one eats too much, or eats too little, sleeps too much or does not sleep enough. This can be extended to moderation in all things including ones approach to asana.

to be continued in the next edition… ….