The four Vedas: Rigveda, Samveda , Yajurveda and Atharvaveda are the rivers of the knowledge, which cover every aspect of Creation. Out of these rivers, a tributary of Atharvaveda is Ayurveda. Vedas were not documented in the earlier yugs when the Creation began. It was in dwapar yug that Rishi Vyas documented this knowledge which existed as shrotras in the earlier yugs and was passed on by the Guru to the shishya as gyan.

Satyuga, the time when this great knowledge or science of life, that is Ayurveda, was given by Lord Brahma to Daksh Prajapati, diseases had not manifested in the physical world. It was the age of the ultimate level of purity, selflessness and compassion for the whole Creation, not just mankind. The level of purity was so high that though diseases did exist at that time, they were unable to manifest themselves. As the level of selfishness increased with passing of yugas from Satyug through Treta and Dwapar to Kaliyug, the calamities and diseases also increased as a result of the environment, the heavy thoughts, and karmas of people.

The sages of yesteryears asked for this knowledge or the science of life even when it was not needed in those times as there were no diseases. Lord Brahma was the original propounder of Ayurveda. It was first given to Daksh Prajapati from whom it was given to Asvins, and then from Asvins to Indra. Till this time this science was confined to heaven only.

Close to the end of satyug, the sages including Angiras, Vashishtha, Kashyap, Bhrigu, Atreya, Gautam, Bharadwaj, Agastya, Vishwamitra, Chyawan and many more, anticipating the onslaught of the diseases in forthcoming ages, collected in the valley of Himalayas to discuss this sacred topic. And it was decided by mutual consent that Rishi Bharadwaj would go up to Lord Indra and ask for this knowledge for the benefit of everyone. Thus, Lord Indra expounded to Rishi Bharadwaj the immortal and sacred science of life consisting of three principles – etiology or the cause, symptomatology and the knowledge of therapeutics as a means to wellbeing par excellence, to the healthy as well as diseased.

Gradual decay (ageing) is the very nature of the body. This process is intensified by the onslaught of diseases. By means of Yoga and Ayurveda one learns to slow down this process of ageing and to achieve a state of balance. In my book Sanatan Kriya: The Ageless Dimension I have described in great detail how the causes of the diseases relating to both mind and body are wrong utilization, non-utilization and excessive utilization of time, mental faculties, and objects of the sense organs.

Diseases are categorized into two kinds – mental and physical. In the physical, the three factors which are pillars of the body are vat, pitta and kapha. A balance of these three doshas is a healthy body and imbalance is disease. Factors that affect the mind are rajas and tamas, which are of psychological importance. These are the pathogenic factors of the mind and can only be reconciled by the practices of yoga such as Sanatan Kriya.

Out of the physical factors, i.e, tridosh; vat which means vayu, assumes greater importance because of the acuteness, varieties and seriousness of diseases caused by it. Also, vat is the carrier of any imbalance in the body, because out of all the three doshas, it is the only one which is mobile. Then comes pitta, which is the root of digestion and metabolism, and the last one is kapha, which is responsible for least number of diseases. Vat is said to cause 80 kinds of diseases, pitta 40 and kapha 20, but in various permutations and combinations they can take innumerable forms.

A disease manifests in the body when any of the three doshas increases or decreases from its state of balance. The state of balance of every individual is different from another depending on the prakriti of the individual. For example, ginger is a poison for people with high pitta but a digestive tonic for others. Ayurveda says that prakriti (nature) is balance and vikriti (against nature) is disease. So, the aim of Ayurveda is to keep the body in a state of balance to maintain youth, health and glow.

Triphala powder when taken in prescribed quantities with honey and warm water is also a rasayan par excellence. 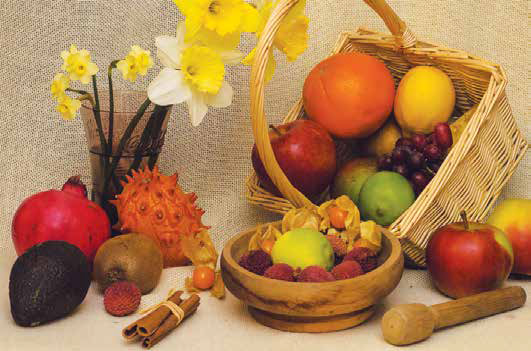 In today’s day and age, Ayurveda is prescribed as an ‘off-the-shelfremedy’. Anything, which carries the name Ayurveda with it, sells like hot cakes. We need to understand that Ayurveda does not work like this. It very gradually over a period of time changes the composition of the body from its root, thus removing the imbalance which caused the disease. It would be safe to say that Ayurveda does not cure diseases, it removes the imbalances of the body.

Ayurveda disregards any such thing as disease or healing, as the purpose of Ayurveda is not healing, it is to achieve a state of balance and maintain it. It eliminates the root of cause of imbalance and brings the body into a state of balance. When the imbalance is removed, the disease is automatically cured and the body radiates glow and strength. Ayurveda details a wide range rejuvenating tonics for various systems of the body like the nervous, respiratory, skeletal, muscular, digestive, circulatory etc, which work in tandem to keep the body functioning in a state of balance. You can find these recipes on the Dhyan Foundation website.

However before starting any rejuvenating therapies, it is important to remove toxins from the system so that the absorption of nutrients becomes easy and effective. Triphala is an excellent expeller of waste. To prepare Triphala, take equal quantities of Amla, Harar and Bahera, without seeds, and grind them to a fine powder. Triphala powder should first be kept in an unused iron vessel for 24 hours. Take half teaspoon every night with warm water for a month only.

Triphala powder when taken in prescribed quantities with honey and warm water is also a rasayan par excellence. A diet rich in fat (cow’s ghee is most beneficial) must be maintained with this recipe. Charaka Samhita says, “using this recipe for a complete year frees a person from ageing and diseases and increases the life span to a hundred years.” Traditionally triphala powder taken with honey and ghee (half the quantity of honey) is highly beneficial in curing eye disorders and promoting eyesight. It is important to note that consumption of triphala should always be followed by ghee or fat in diet.

Caution: The effects of these preparations are not immediate and take about 2-6 months get the desired results.

Yogi Ashwini is the Guiding Light of Dhyan Ashram and can be reached at
www.dhyanfoundation.com