This month’s featured pose is Urdhva Galavasana or Flying Crow Pose. The name of the pose is derived from the terms “urdhva” or up/upwards, “Galava”, the son of Viswamitra and “asana” or pose.

This pose is also often referred to as Eka Pada Galavasana, Flying Pigeon Pose or Pose Dedicated to Sage Galava.

The Harivamsa Purana is an important Sanskrit literature piece chongqichengbao and is considered as a supplement to the Mahabharata. In the Harivamsa, the story of Galava was recounted as follows: –

Galava was son of Viswamitra, and that sage in a time of great distress tied a cord around his son’s waist and offered him for sale. Prince Sayavrata gave him liberty and restored him to his father. From his having been bound with a cord (gala), he was called Galava.

When practiced regularly, this pose will improve strength in the upper body, mobility of the hips, and mental concentration. In most arm balances, the challenge is not only on finding the centre of gravity but also on being fully aware of the body’s position.

Degree of Difficulty
(100 being most difficult)
80

Movement
Major Movements
Wrist flexion
Flexing of the wrist joints wherein the back of the hand moves backwards, towards the lower arm.

Forward Bending
A spinal movement done with the flexion of the spine, supported by different abdominal and back muscles.

Hip Flexion
A movement of the hip joint muscles done by bringing the thigh or top of the pelvis forward (e.g. thigh moving closer to the abdomen).

Hip Extension
A movement of the hip joint muscles done by moving the thigh or top of the pelvis backward (e.g. thigh moving closer to the abdomen).

Minor Movements
Scapular Protraction/Abduction
Moving the scapula away from the midline of the body, having the sensation that the chest muscles are squeezed together.

Challenges faced during the practice
Leg muscles strength and flexibility
Awareness and proper body coordination is necessary as the legs are in two different positions. Extending the leg in Urdhva Galavasana requires proper use of the quadriceps and hamstrings.

Hip Rotation Limitation
As the pose requires one leg to be locked in an external rotation, any tightness in the hip area will pose as a challenge in going to the pose.

Chances of Injury
Falling while in the pose Hip, knee and wrists

The group of muscles in the hand and wrist that allow the extension and flexion of the wrist.

Gluteus
Being one of the strongest muscles of the body, the Gluteus assists in extending the hip and the trunk.

Piriformis
This muscle is located in the gluteus region, close to the sciatic nerve (the largest nerve in the body). The piriformis helps rotate the hip and works with the rotator muscles. It will rotate the thigh while extended and abduct the thigh when flexed.

Iliopsoas
The combination of the iliac and psoas major muscles that make an important part of the hip flexors. Also known as the dorsal or inner thigh hip muscles, the iliopsoas work for the flexion of the hip.

Quadriceps
A large muscle group that includes the four prevailing muscles on the front of the thigh, which act as extensors of the knee joint.

Best Time to Practice
Morning, when the body is refreshed and energized

Benefit: Properly extends the muscles of the hands.

Look forward and when stable, 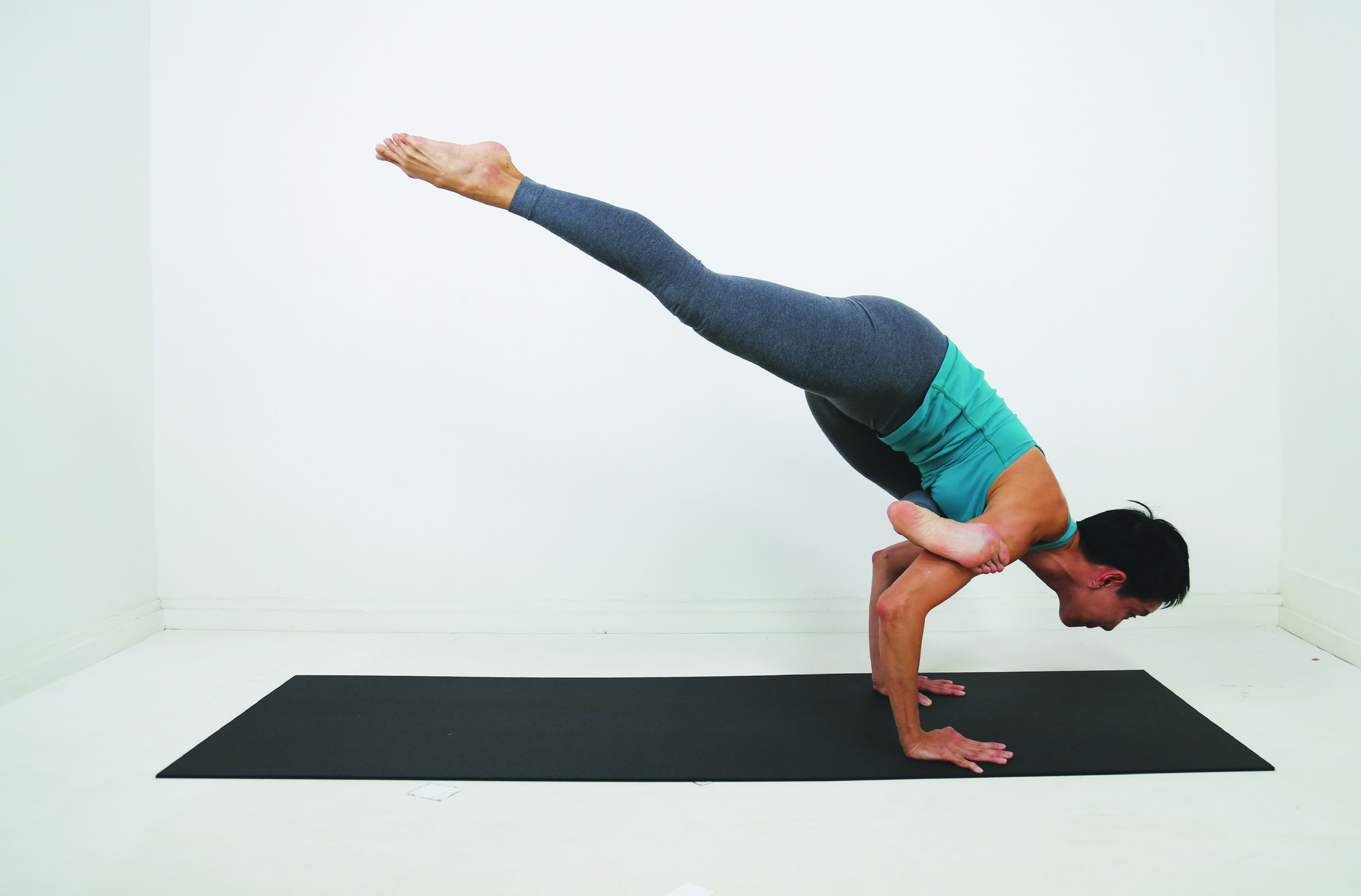 slowly extend the top leg. Keep the eyes open and hold for a few breaths.

To come out of the pose, bend the top knee first and bring the foot to the floor.