As I take a short vacation from holy cities and small Asian towns filled with TTC students, I return home to visit family and friends in Morgan Hill, California. A small town suburb absent of posh yoga studios and vegan cuisine, it is a side of California most who live outside of it will never know. The antithesis of Venice, a mirage of mile long beaches, and the city of angels, we sit surrounded by small mountains in the Silicon Valley.

As I am introduced as a yoga teacher to new acquaintances and friends of family, two reoccurring narratives seem to constantly approach me.

The first is an odd yet somewhat humorous confession,
“I really should do yoga,”
Followed quickly by the question,
“It’s really really good for you, right?”

A somewhat anxious confession and question as if I were some sort of Catholic priest at East Sunday service meeting faces I only see but twice a year. The sociological implications and observations we could explore in this first narrative may fill its own article elsewhere.

The second narrative, which I think is more important to address as yoga teachers and for our growing community is the statement which reads at the top of this article. One which I have heard countless times,

More often than not this comment comes from men around my age group, from late 20’s to early 30’s. Ranging in body types from completely out of shape to athletic, but the sentiment is the same, “I tried yoga once, it just wasn’t for me.” After inquiring over the years about their experiences on the mat, I empathize with the alienation that was felt in this space that many of us feel as a sanctuary. 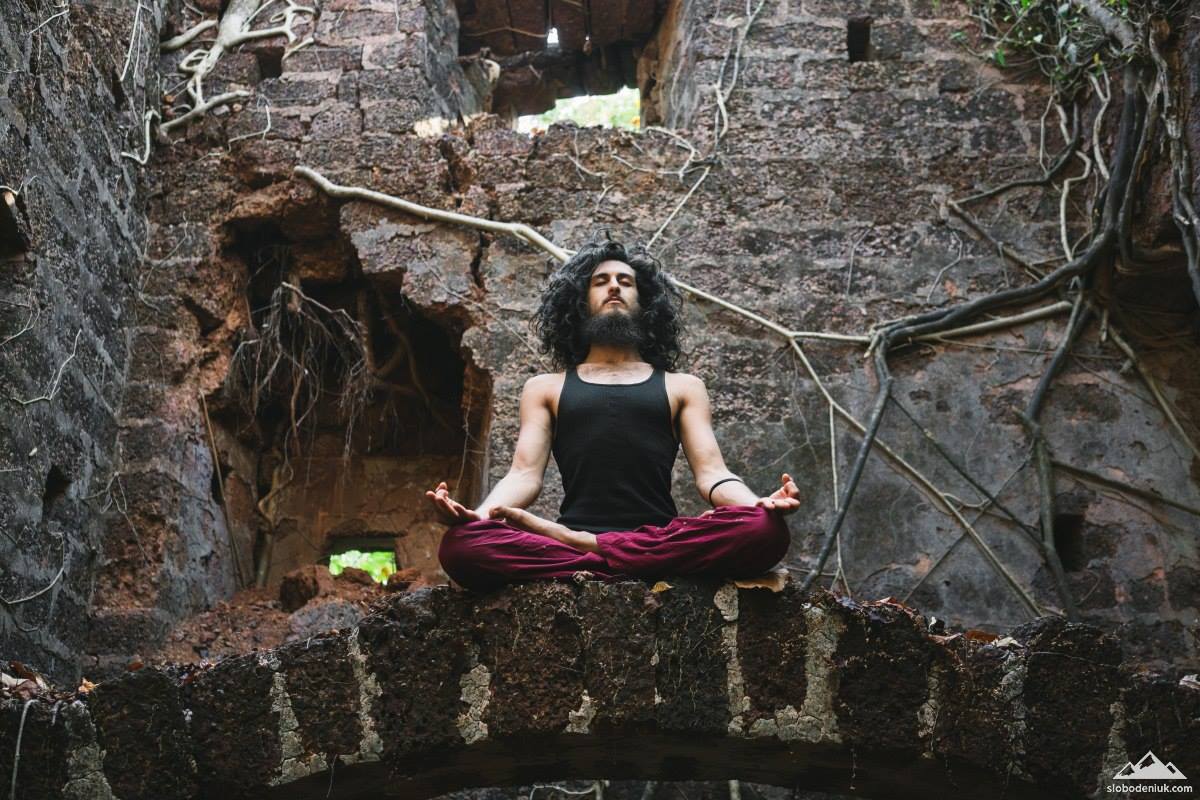 Stiff shoulders, short hamstrings, matched with sporadic breathing sometimes in a heated room, he looks from left to right for a reference to match these foreign terms to the postures they represent. A slow yet dynamic sequence, indicated on the schedule posted online, “Intended for all levels,” he bends down rounding his back in Utanasana unable to touch his toes, and before he is able to dwell on the fact he’s moving back through a “flow” which leaves his head suspended on all fours in the one pose he knows by name, “Downward Facing Dog.”

He hears the statement repeated from the first flow, “And come to our resting pose, Downward Facing Dog.” Sweat drips off his brow onto the mat as he fights desperately clenching into the rubber trying not to slide forward or collapse into himself. Thirty minutes in and his shoulders start to ache as his knees are bent and thighs are inactive as his weight shifts forward into his hands.

Over the last 8 years I’ve heard this story retold over and over. Different faces, locations, studios, and teachers, but a similar experience with the same result.

With anything new and challenging, especially in the physical spectrum, the advice assumed to be given is that it’ll get easier, don’t give up, it’ll get better.

However, in this response, we assume the problem in the equation is the user and not the program itself. We rarely ask ourselves, is this sequence (Surya Namaskar or some flow similar to it) serving the populous who is receiving it? We assume Utanasana, Virabhadrasana, and Adho Mukha Shvanasana are for everyone. These 3 poses, standing forward fold, Warrior 1 & 2, and downward facing dog are essentially synonymous with yoga. But do these asanas actually serve a purpose for growth and understanding of the body and a reconnection of the breath, body, and mind connection for our new practitioner? Or let us ask it in another way, are these postures linked in dynamic sequences actually beneficial for students who have yet to learn the proper alignment and actions of these postures?

It is a dilemma which I have made a priority to address when running yoga teacher training courses and how new teachers should approach the teaching beginners. It seems the path of how a student progresses from the very beginning of their practice is inverted. The new student takes an array of led studio asana classes with little to no knowledge of what they should and should not be doing. Once they become accustomed with the bureaucracy of lead led classes, the names of postures, the tendencies in patterns of sequences their favorite teachers use, they become more comfortable in this space. Now invested in these new technique which leaves them feeling vibrant and euphoric they eventually take workshops or trainings where they usually find that their understanding of asana and yoga as a whole was quite limited and what they have been doing over the last year or two is not only incorrect but quite possibly causing more damage than benefit. 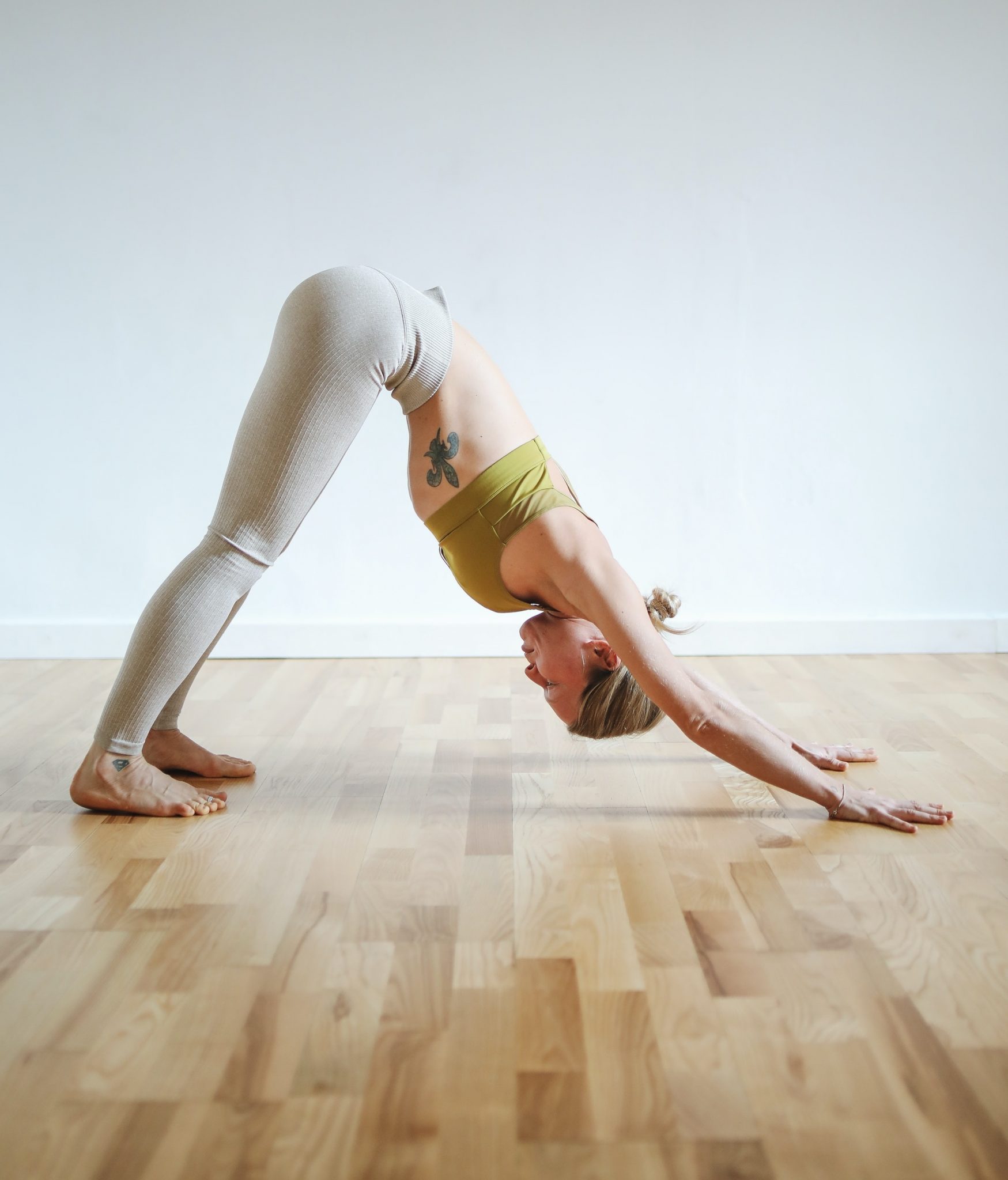 They begin to observe and understand the priorities in a posture, proper weight distribution, and tendencies they have in asanas to be aware of to avoid injury and create a sustainable practice. But for our beginners, attempting to blindly survive this ‘slow-flow’ 8 a.m yoga class at their local studio or the YMCA, would it not be more beneficial being with presented with this knowledge and understanding prior to these dynamic sequences which do not provide the space for new understanding? Many students, including myself became initially infatuated with the practice of asana due to its difficulty, and studio classes were seen as something that we must get through for its benefits. And although the feelings after class may appear positive, this approach is can quite dangerous.

What I have been promoting for my new yoga teachers to attempt is to move away from only running these led studio asana classes and creating 2-4 week programs which are designed with the intention of creating the proper foundation for a new student to begin their yogic journey. In these programs introducing them to breathing techniques and how asana can be used as a vehicle for pranayama and breath awareness, along with structural alignment workshops in order to analyze and understand each posture form the ground up with the hope to avoid many of the injuries us as yoga teachers have acquired and carry with us. We can also create an asana practice which is designed for their specific limitations, focused on breath connection and safely creating space and flexibility with floor based asanas where gravity and weight distribution are less of an issue in order to avoid unnecessary injuries. Allowing students to learn standing postures in the safe space of structural alignment workshops, in a static setting prior to experiencing dynamic sequences.

Dynamic Vinyasa flow classes are not inherently bad, and are how many of us were first introduced to yoga. However, they are problematic for new practitioners, as it does not allow the necessary space to learn and understand, simply do, as we move from shape to shape. It is, in my opinion an advanced practice, Surya Namaskar and flow based yoga sequences, which should only be practiced by a yoga practitioner who has begun an examination of their body and proper alignment of core asanas. Dynamic sequences can be very powerful in cultivating energy and preparing us for Shavasana through the connection of breath they create, and the physical impact they demand, but for our beginners in order to avoid them abandoning their practice before it has a chance to begin, I ask our community as a yoga teachers to reconsider how we share this practice we have grown to love.

5 Foods to Help You Feel Grounded During Quarantine!

4 reasons to hold your big toe