Yoga is beneficial for post traumatic stress disorder, and for releasing repressed emotions from trauma from the body for various reasons. Yoga helps people with PTSD or trauma related conditions by helping them manage stress levels, calming and balancing the central nervous system so they are less responsive to triggers, aiding in social reintegration, and helping them to come back into their bodies more fully since many people disassociate with their bodies as a subconscious reaction to the shock of a trauma.

Therapists commonly report observing noticeable benefits in patients with PTSD after they start regularly attending trauma informed yoga classes. Furthermore, they report that when yoga for PTSD is used as an adjunct therapy to their current therapy(ies), their patients display progress in recovery at a markedly quicker rate. 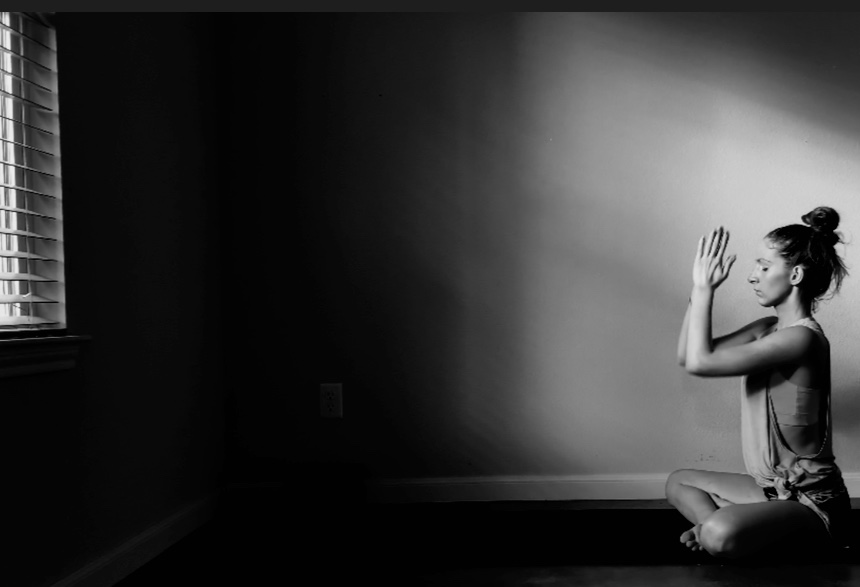 The Effects of Stress in Individuals with PTSD

Stress exacerbates symptoms of PTSD, often severely. Since yoga increases mindfulness, present moment awareness, and greatly reduces stress, it is an excellent tool for managing day to day stress to keep general stress levels under control so that when or if exposed to a trigger, an individual with PTSD will likely have more self-control and ability to remain anchored in the present moment rather than allowing the trigger to take them back to the past traumatic event it typically reminds them of.

As a result, responses to triggers may be lessened to a great degree and may, over time, cease to exist entirely if the individual continues mindfulness practices such as yoga. Yoga has a direct, beneficial impact on the stress response symptom, helping to down-regulate the hypothalamus-pituitaryadrenal axis and the sympathetic nervous system.

This directly affects PTSD by reducing and/or eliminating symptoms brought on by stress response related triggers or flares. The beneficial effects of yoga and people with PTSD can have long lasting impacts if practiced on a regular basis, due to yoga‘s ability to calm and balance the nervous system.

In people with PTSD, the amygdala (the survival center of the brain) is consistently turned “on” and in fight or flight mode. Fight or flight is meant to help us, and to only activate in the face of actual threats. However, when it is constantly stimulated as it is in PTSD, it is damaging to brain health. When activated, it releases a cascade of cortisol, adrenaline and other stress hormones and neurotransmitters.

Typically, being in fight or flight mode is not harmful to our health, as we are only in it for short periods of time when facing extreme stress or a threat to our wellbeing. However, in people with PTSD, a cascade of harmful stress related neurotransmitters and hormones is constantly flooding the body — bathing the body systems and wreaking havoc 24 hours a day, 7 days a week.To remain in this amped up state, the body must constantly pump out adrenaline and stress hormones and flood the body with them, which also renders PTSD as detrimental to an individual‘s physical health as well as their psychological health. 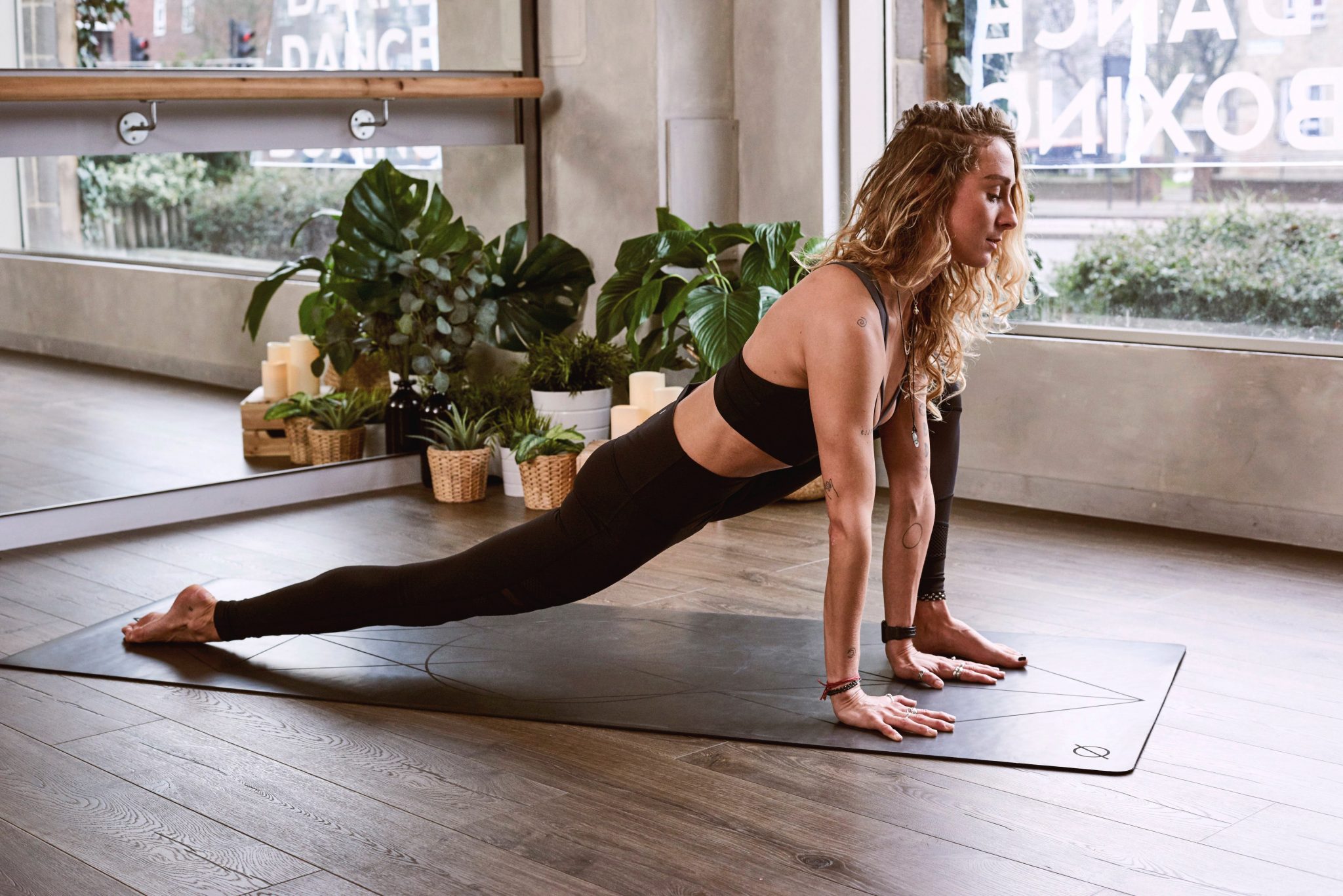 Yoga helps by reprogramming the fight-or-flight center by restoring balance in the central nervous system through breath work.

The calming,, works to naturally bring the parasympathetic and sympathetic nervous systems of the central nervous system back in balance. Through repetitive practice of CNS calming techniques, like yoga and meditation, the amygdala can be rewired to no longer exist in a continuous state of fight-orflight.

Yoga is also beneficial for people with PTSD because it helps them with social reintegration. By going to classes and participating in something publicly with other individuals void of any pressure from having focus directly placed on them, they begin to naturally reintegrate socially. Over time, by socializing and interacting with other people at yoga classes, people with PTSD start to feel more comfortable around people they don’t know and even in places that they are unfamiliar with.

Furthermore, yoga helps people with PTSD to re-associate with their bodies. According to research, disassociation from the body is the most common direct response to an overwhelmingly traumatic event. In fact, this response is so common, and its impact on affected individuals so pronounced, that medical professionals and researchers now actually recognize dissociative PTSD as a sub type of PTSD to describe individuals with PTSD whose symptoms are characterized primarily by depersonalization and de realization.

When a person experiences depersonalization, they feel as if they are not real and are therefore disconnected from or not grounded in their physical body. Thus, having dis-identified with their physical form, their energy is scattered and floating about them. In simpler terms, they are not directly connected with the vibrational energy field of their body and are not fully conscious or present in the body.

Derealization prompts a sense of detachment from self and the world at large, and causes a person to feel as if everything they’re experiencing is surreal. They feel entirely disconnected from their bodies and minds, as if they are floating above their bodies, with no attachment to their life or to the circumstances and situations which arise in their lives.

Derealization, when experienced for a prolonged duration, often results in serious mental instability, spiritual problems, and even physical “dis-ease” as a result of long durations of “dis-harmony” and “dis-connection” in the mindbody- spirit connection. It is not uncommon for autoimmune illnesses or cancers of varying forms to occur.

Yoga brings a person back into their physical form. It teaches the student how to be comfortable being uncomfortable, thus enabling them to withstand both mental and physical discomfort, pain, and stress that would have prompted a PTSD episode in the past.

In conclusion, yoga can decrease severity of PTSD symptoms by providing individuals with tools to calm and balance the nervous system and manage stress levels; as well as provide a platform for safe social re-integration and reassociation with the body. As a result, trauma informed yoga can possibly serve as an excellent adjunct therapy to other means of therapy.

However, individuals with PTSD should always consult with their primary therapist or healthcare practitioner managing their case before adding yoga or any other adjunct therapies to their current form of therapy.