Known as Attention Deficit Hyperactive Disorder, it affects a large population of children, as well as adults in the US. This neurobehavioral issue surfaces during childhood and in adulthood become comorbid with some other impulse control disorder.

Many parents fail to recognize this issue in their children, and simply brush it off as an inability to cope with schoolwork. When they become adults, these people turn to medication which, although gives short-term relief, has consequences for their health. ADHD can be dealt with naturally as well, one of the means being the practice of yoga. (Meera Balasubramaniam, 2013)

In yoga, there are numerous Asanas that can help alleviate symptoms associated with ADHD. The reason why they prove to be so effective is that they improve the level of oxygen and blood that makes its way to the brain. It also helps take deeper breaths, a practice that is known to calm people and children with ADHD. (Esparham, 2017)

Adults and children with ADHD are characterized by an inability to align their cognitions and bodily movements. With yoga, they can connect both the body and mind so that a balance is achieved. Since the practice involves immense concentration, they will have to learn how they can quiet down their thoughts and focus on the task at hand. 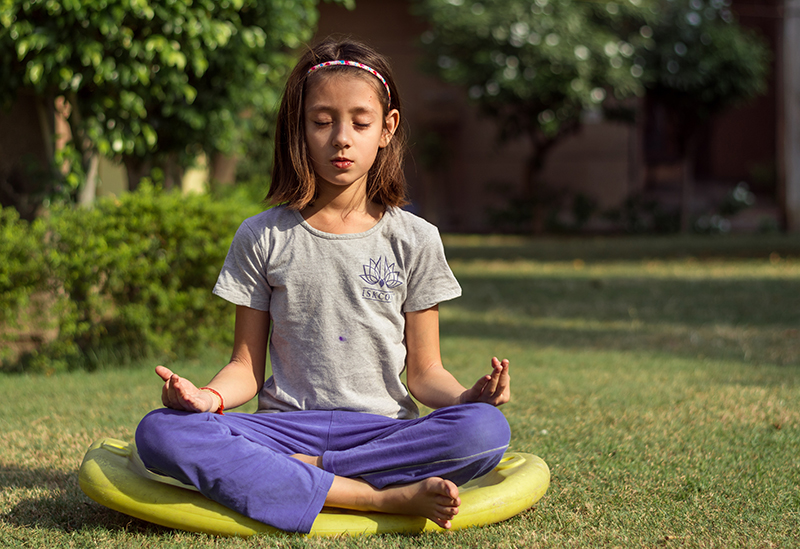 One symptom of ADHD is how, in some situations, you can feel like you’ve lost control. During these moments, it’s crucial that the person learns to calm their body using yoga techniques, since these help in relaxing tense muscles. Also, it can enhance their awareness about whatever surrounds them, and help them control overpowering emotions.

Not only do yoga positions help in coping with ADHD, but it also enables people to have more confidence and increases their self-esteem. Children, on the other hand, can concentrate better on schoolwork and are likely to feel less distracted if they practice yoga daily. (Abadi, 2008)

While all these factors can measure the effectiveness of yoga in reducing the symptoms of ADHD, there is also general feedback from practitioners themselves. Many people who suffered from ADHD were surveyed for its benefits and claimed that even if it didn’t bring a significant change to their life, it did help them feel much healthier mentally (Alyson Ross, 2013). It only goes to prove that there are plenty of natural ways that people can deal with ADHD, whether they’re adults or children. Moreover, it simply shows how connecting one’s body and mind is the key to concentration.

Here’s How People with ADHD Benefit From Yoga Breathing

Yoga is known for being the only practice in which you have to hold a pose for a number of breaths rather than time. That’s because waiting for the clock to tick can make you impatient and lets you lose focus. You also stop concentrating on the yoga pose at hand. By staying in a pose based on a number of deep breaths, the focus is directed towards actually taking long and deep breaths. As a result, more oxygen is delivered to the brain and concentration is increased.

In yoga, there is plenty of asanas that can help develop self-awareness and concentration in a person who suffers from ADHD. For starters, there’s the Tree Pose which requires you to hold your hands above the head, while keeping your left leg straight and right foot on the left thigh. The ‘Child Pose’ is a restorative pose in yoga that works well for grounding oneself and regaining energy after a difficult pose. By relaxing your entire body upon your legs, and focusing on stretching your arms, you can easily unwind and improve concentration because you’ll have to remain in this pose for at least four long breaths.

Another powerful aspect of yoga is a meditation that improves mindfulness of one’s body. The theory is simple; exercising your brain’s muscles can make them stronger. Exercising your brain, in this case, doesn’t mean difficult math problems, but rather strengthening meditation. By meditating, you can improve your ability to control where you focus your attention. It also serves as training for your brain, for whenever it wanders off to some other thought, by luring it back to the current situation.