Stress can often seem like an odd evolutionary hangover, like your appendix, or those little pink bits in the corner of your eyes (look it up). But as far as scientists can tell, stress once played a crucial purpose. When we first emerged as hunter gatherers thousands of years ago, humans lived in the moment, and stress was your body’s way of making sure you didn’t forget those immediate needs.

In the modern world however, not everything comes so easily as foraging for food to eat, or finding the nearest cave for shelter. Our gratification is often delayed, with jobs not paying until the end of the month, mortgages taking years to clear, and diets taking an age to make a difference. We were wired for a world that gave us instant feedback, and the rate of social change has dramatically outpaced our bodies’ ability to cope with it.

A History Of Stress

According to the American Psychology Association, 24% of Americans surveyed considered themselves “highly stressed”, while a further 80% felt somewhat stressed as a result of their work. While the United States’ culture of hard work and long hours is admirable on one level, it also has its dangers. The routines we have worked ourselves into over the last hundred years or so are vastly different to how we used to spend our days, and our bodies have had to improvise. 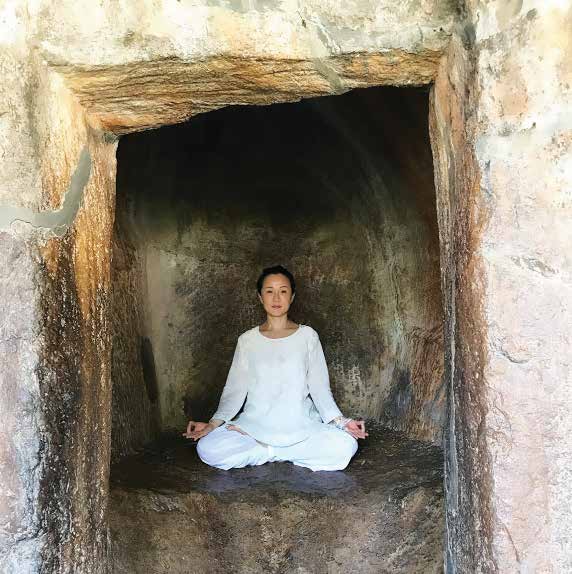 Consider for instance how our entire pattern of sleep has changed. Until the 18th century, most people around the world followed a system where two periods of sleep would be broken up by a Jumping Castle few waking hours, for work or recreation. The demise of this culture was hastened by electric lights and coffee houses, which allowed people to break these built-in habits if they chose to.

As the structure of our days has changed, so too has the number of things we have to worry about. A few hundred years ago, most people were either born into a position of wealth and status, or designated to just about scrape by. The former had little to worry about; the latter had to contend with doing the same job each day, in order to put food on the table. They would know little of what was happening outside their town, let alone elsewhere in the world.

The Age Of Anxiety

Today, our phones chirp at us constantly with news and messages. The bank texts us to say we’re close to our overdraft limit. The phone company texts us to say we’re close to our data allowance. Our work emails keep coming, even when we’re not at work. There are myriad bills to pay, social circles to negotiate, futures to take care of and trends to keep on top of. Little of it can be resolved immediately, and all of it is happening constantly. There are no ultimate solutions, and we can quickly become overwhelmed by the scope of it all.

In dangerous situations, a part of our brain called the amygdala (responsible for decision making) triggers a response in our body’s sympathetic nervous system. This jolts the adrenal glands, which in turn pump us full of stimulating hormones. Our heart rate, blood pressure and rate of breathing all skyrocket, preparing us to either fight, or run away.

Of course, when you’re sitting in the office fielding a dozen phone calls and angry emails, you can’t really start fighting with your laptop (well, you could, but it probably won’t solve much). Thousands of years ago, this response would be triggered fairly infrequently, and the respite in between these periods gave both our mind and body time to return to a semblance of homestatsis. Now it gets triggered accidentally and wantonly, and what so many of us need in the modern world is a way to revert back to what our bodies were initially designed to deal with.

The Benefits Of Yoga

The opposite to the ‘fight or flight’ response is often termed ‘rest and digest’. It’s the period after recovering from a stressful episode, where your body takes time to recover and repair itself, returning you to a point of physical and mental equilibrium. This is very much the state that yoga aims to bring people back to, as life invariably draws them away from it.

The hormone cortisol, released during those periods of stress, is a particular problem. It’s considered a factor in depression, contributing to people’s inability to sleep and concentrate. While yoga practitioners have always felt that the practice is relaxing, the volume of credible, scientific evidence is Bouncy Castle piling up to support this.

One study of 16 yogis demonstrated a significant decrease in cortisol after a single yoga session including a variety of postures, compared to a period sat quietly reading and writing. Another study of 100 subjects over 40 demonstrated a significant normalisation of heart rates and blood pressure following yoga, factors which would contribute towards better cardiovascular health. And a 2014 review of scientific literature concluded that the evidence at that time supported “clinically important effects” of yoga in reducing the risk of heart disease.

Ultimately the problems posed by life in the 21st century are tough to get rid of, and there will always be periods where they encroach a little too much on your daily life, but increasingly yoga is providing a moment of respite, and a bit of peace in an overly busy world.

This post was written by The Minded Institute, a world leader in the development and implementation of yoga therapy and mindfulness programs for those with mental health and chronic physical health problems.