I’m in Adho Mukha Svanasana, or Downward Facing Dog, on my fifth Ujjayi breath of Suryanamaskara A Sun Salutation, ready to bring my feet to the top of the mat for a half-lift, hands on the floor, before Uttanasana, my final Forward Fold. The only problem is that, unlike my younger classmates, I can’t jump forward. Instead, I must gingerly step my feet to the top of my mat. Yes, at sixty-three, in the second of a challenging three-week intensive yoga teacher training course at the Asheville Yoga Center, it’s age that holds my bounce back, but it’s also my toe because—having nothing to do with yoga—I broke it by walking into a table at home. So, while there’s might have been a few more bounces left in my old body, I clearly don’t have one now.

It’s been raining for four days—the northern margin of tropical storm Alberto. Outside the wall of windows rainfall sweeps the shrubbery and gonfiabili parking lot beyond. Yesterday, the French Broad River overran its banks. Some secondary roads have washed out, making my thirty-five-minute trip to and from my vacation home in Hendersonville to downtown Asheville yet another challenge. But, hey, I’m all about challenges—bring them on. 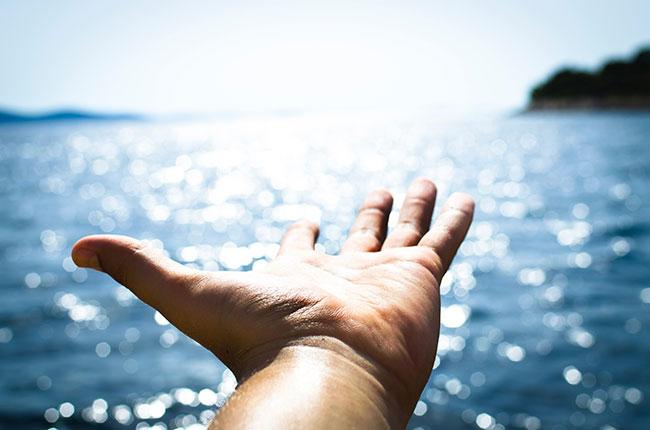 So, what brought me here?

I discovered yoga in my mid-fifties, after I was hired to teach writing and lead meditation at a woman’s retreat in Teotitlan del Valle, a native Zapotec village in Oaxaca, Mexico. But because I’d never practiced yoga, I decided that I’d better take some classes before hand. That was eight years ago, and I’ve been doing yoga ever since.

Before yoga, I defined myself by my thoughts. I’m an English and Writing professor, I co-run a literary press, serve as director of the university writing center, and I’m a writer. In short, I’ve lived the life of the mind. And although I’d discovered Buddhism and sitting meditation, I never felt connected to my body. In fact, I often felt my body and its complaints more as enemy than friend.

After discovering yoga, I felt my life shift. I reconnected with my body, felt more present, more whole. And the qualities of balance, strength, focus, and flexibility that I’d found through my yoga practice became metaphorical in their reach from my mat.

Then last winter, I realized that I wanted to share my practice. I investigated yoga teachertraining programs and signed up at the Asheville Yoga Center to do a three-week intensive teacher training program, offered in summer.

I’m happy to report that I’ve graduated. As the oldest student in my class. As an academic who lived most of her life disconnected from her body. And as a writer who spent—and still spends— many hours at a computer. But life offers us opportunities to expand the repertoire of what’s possible, to ask ourselves, “why not?”

Now, as a new yoga teacher at sixty-three, I’d like to encourage others. We’re never too old to open new paths, take on new challenges. Yoga isn’t a competitive sport. It’s about holding space for you are—at any age, with any body, regardless of your career path.

Difficult? Yes. Impossible? No. Even at sixty-three. Even with a broken toe.

BIO: Robin Greene is a professor of English and Writing, and serves as the director of the writing center at Methodist University in Fayetteville, North Carolina, where she lives with her husband, also a writer and an English professor at Methodist. Robin is a mom with two grown sons, has published four books, and her new novel, The Shelf Life of Fire, is due out from Light Messages Publishing in April 2019. Also, if you’d like to join her, Robin still teaches the women’s writing, meditation, and yoga retreat in Oaxaca, Mexico. This year, however, she’ll be teaching yoga as well as meditation and writing. If you’d like to connect with Robin, you can find her at www.robingreeene-writer. com or email her at greene.robin@gmail.com.