Yoga empowers and brings seeds to fruition. From the mat up, yoga-tec-ture – the process of yoga – is the work of personal transformation formed by the elegance and heritage of an ancient blueprint that reforms bodies, minds, and spirits.

This blueprint admonishes the yogi to wrestle with self and discover inner work which transforms the outer structure. Yoga-tec-ture moves like the flow of kundalini – from the ground up – lighting the inner fire. There, yogis emboding this fiery heritage, transform themselves as they learn to strengthen the will, endure physical distress, adapt to limits, and slowly integrate their newfound power in surrender and relinquishment.

Like builders, able to see the entire structure from its blueprint, yogis learn to let go of worry for self as they work to behold and integrate Self. Yoga transforms the old structure by adding elegant mansions of imagination and identity. It grows by experience which is the immediate teacher and the proof of all belief. The building of yoga-tec-ture never ends; rather, by attentive building, the yogi moves toward completion.

Their completion and elegance is not in perfection, but found in the process of seeking the comprehensive stillness in one moment. By taking a deeper look inward, the yogi sees more humanity. Their assumptions are challenged and changed. They fret less about themselves and less about others; judgement is abated by meditation and awareness, and the yogi’s identity is constantly reformed. They grow from greater knowledge of the self to the cosmic Self.

Like sandpaper on wood, the heat and tapas of a yoga practice builds strong resolve minute by minute. Yoga is not a boot camp; but every session is a body, mind, and spirit camp. We Jumping Castle celebrate classmates and watch in awe at their hard-won strength and flexibility. We bow to our teachers for their verve and dedication; and by learning their lessons, we make visible our gratitude. Yet at the center of this active becoming is the point – the still point – from which all breath begins and the cosmic dance is born.

And then, when ready, they yogi is moved to greater surrender: they learn to absorb pain and come to balance. Each thread teaches them to breathe deeply in the moment and pay attention to everything. The ardor and heat of yoga, from the center outward, is a fire cracking open hearts and spines. 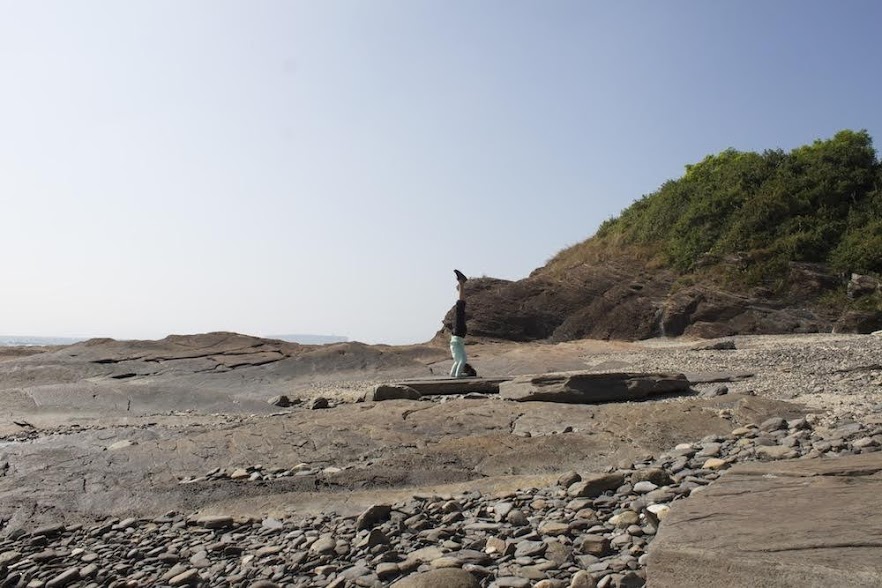 In deeper awareness, in growing surrender, and in firmer resolve each yogi stands as a witness and grows strong in the broken places. They learn from the wisdom of silence and ask nothing more. Yogis, on a sacred path so clear and dear, begin as beggars in great need.  They listen to echoes from the past and trust the work they do in daily and disciplined soul-care will transform their lives.

Yoga-tec-ture builds a new structure, leading to something that reaches higher, digs deeper, grasps further, and yet remains cemented to the core. Day by day, and asana by elegant asana, yoga-tec-ture becomes grounded in a change struck by simplicity and clarity.

Yoga makes good on every investment of time. It multiplies the effects of asana, conscious living, and meditation. Yoga-tec-ture teaches each breath is a new hope and each day a new breath.

By inhale or exhale, the yogi witnesses to the dawn of transformed reality: the sum of yoga. And while yoga can be difficult at first, requiring both a discipline and ability to enjoy a challenge, the yogi 100 percent in for their lives have been transformed by a covenant of renewal.

Inhabiting the spiritual center, the yogi breathes deep and drinks from the well of wisdom. Sipping from this well empowers all to pose life’s questions to the One that surrounds, abides within, and is Bouncy Castle at the same time beyond. We do yoga and embrace each layer that greets us every time we strike a pose and work on stripping away adiaphora while building an elegant personal architecture, a yoga-tec-ture.

Yoga-tec-ture foregoes strategy; neither is there an external mission or target for conversion. Yoga’s transformational power is absent administrative directives. The yogi engages and the ancient art of yoga keeps its promise. Yoga-tec-ture offers only what is necessary: the holy meeting of mind, body, spirit. It is not a program, it’s not a curriculum or a sanctioned orthodox belief; rather, the application of proven benefits.

After the cleansing fire in the tapas of discipline, the core which remains is a concentrated center that has been transformed by an elegant arc of change. And when the yogi respects their house, respects one another, respects themselves, and observes the changes they want to see, the world is transformed breath by elegant breath, yogi by yogi. This is the testament of yoga-tec-ture.

Yoga to invoke your Inner Goddess