The central ideas of Ayurveda are primarily derived from Vedic phi losophy, although some concepts were later borrowed from similar non-Vedic systems such as Buddhism and Jainism. Balance is emphasized, and suppressing natural urges is considered unhealthy as it leads to illness. For example, suppressing sneezing is said to potentially give rise to shoulder pain. However, people are cautioned to stay within the limits of reasonable balance and measure when following nature’s urges. For example, emphasis is placed on moderation of food intake, sleep and sexual intercourse.

Ayurveda also names three elemental substances or doshas (Vata, Pitta and Kapha) and states that a balance of the doshas results in health, while imbalance results in disease. One Ayurvedic view is that all the doshas are balanced when they are equal to each other, while another view is that each human possesses a unique combination of the doshas which define this person’s temperament and characteristics. In either case, it says that each person should modulate their behavior or environment to increase or decrease the doshas to maintain their natural state.

Among the works of great aniquity is the ‘Bhela Samhita’. The main point of interest about this work is that is was probably written by a contemporary of Agnivesa. It is modeled on the pattern of Agnivesa Samhita. Another book which has been published is ‘Harita Samhita’, which is claimed to have been written by one Harita, another contemporary of Agnivesa. The claim is incorrect as this Harita probably belongs to later times.

Other Works of lesser caliber than Caraka, Susruta and Vagbheta, but no less worthy of attention to the student of Ayurvedic medicine are Madhavakara, Cakra Data, Sarngadhrara and Bhav Misra. Madhavakara (8th Century A.D.) comes first in chronological order. He wrote ‘Nidana’ which deals with aetiology, diagnosis, pathology and prognosis of diseases. The work is not original but a compilation from various earlier texts. Its chief virtue is comprehensiveness. ‘Brndamadhava’ is a treatise on medicine (Brnda being the real name of the author). It contains a number of Siddha yogas or prescriptions which have been tried and found useful.

‘Chakrapanidatta’ is well-known not only as a brilliant commentator of both Caraka Samhita and portions of Susruta Samhita or Cikitsa Sara Samgraha. It is a treatise on treatment which is widely read even to this day. He has also written a book on material medica with the title ‘Dravya Guna Samgraha Cakrapaidatta’. It belongs to the middle of the 11th Century A.D. (Cakrasadatta Samhita) and follows the order of Madhava Nidana and Brndamadava.

The Cikitsa Sara Samgraha and the Dravya Guna Samgraha have been the subject matter of brilliant commentaries by the gifted author Sivadasa Sena, who has clarified many abstruse passages in the texts. Sarangadhara, who flourished in the 11th Century A.D., has also written a Samhita. It contains a number of useful prescriptions and is very popular among practitioners all over the country for its valuable definitions of technical terms, called ‘paribhasa’.

‘Bhavaprakasa’, the last and perhaps the best work of the medevial age, is that of Bhavamisra. The period from the 10th to the 16th Century A.D. is singularly unproductive in the literature of Ayurveda. The stagnation is attributed to foreign invasions and internal turmoil. When Bhavamisra resumed the tradition of writing, he reviewed the developments of the intervening period and incorporated in his work various new diseases and drugs. He is the first author to refer to the disease, ‘Phirangaroga’ which was evidently the contemporary name of syphilis. 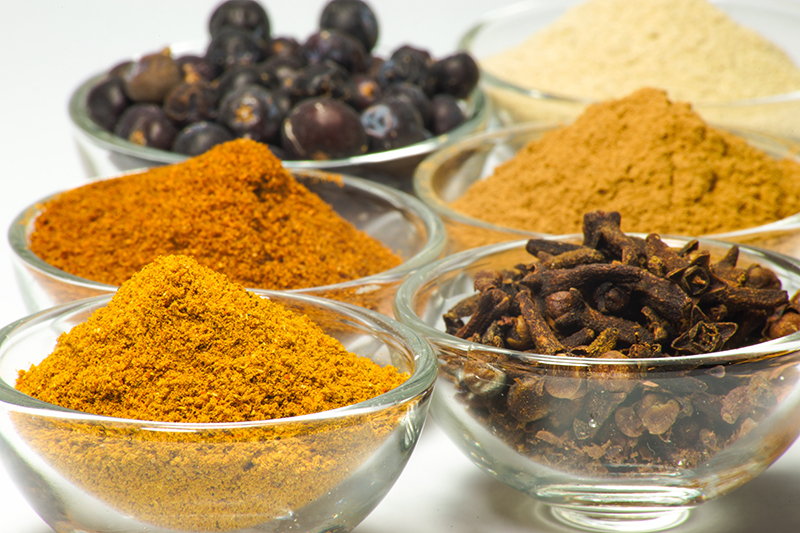 The word ‘Phiranga’ denotes Europeans in general and the Portugese in particular, in many of the Indian languages. The term ‘Phiranga Roga’ must have come into use to describe syphilis, as the disease is believed to have been brought to India by Europeans. Another new introduction in his work is a chapter on Yakrt Pleehodhara, enlargement of the liver and spleen, which is distinct from Yakrt and Pleehodhara Bhavamisra included in his material medica certain drugs of foreign origin, for example, Chop Cheeni, (Madhusnuhi) the root imported from China which is indicated in “Phiranga Roga”. He also mentions opium (ahiphena) and the method of its preparation, also a camphor from China and Parasika Yavani from Persia. He is the first to mention the use of mercurial compounds in the treatment of Phirangaroga.

One important point that is illustrated by Bhavamisraa is that Ayurvedic medicines were not averse to adopting new theories and ideas and had no hesitation in including medicines of other countries in its armoury. The sole criterion for the selection of any drug or method of treatment was its ultimate benefit to the patient. With changes to the environment as new diseases and conditions appeared, new remedies were necessary.

Caraka himself has stated that if a truth is to be taken even, from an enemy, for the good of the patient, the physician should not fight doing so. As such, Bhavamisra is a true exemplar of progress. The history of medicine in India is not a history of uninterrupted development. The science and art of medicine existed from the vedic period and maintained a steady pace of progress during the early centuries of the Christian era. Thereafter, there was a decline in creative activity but revisions and commentaries of the earlier works continued to appear untill about the 10th Century in the period from the 10th Century to the 16th Century there was a great lull till the appearance of Bhavaprakasha. There has been no major contribution to Ayurvedic literature after this.

The Organisation of Medical Care

Side by side with the systematic development of medicines in ancient India, there was also organized medical help in the form of hospitals and dispensaries and a certain measure of health propaganda. During the Buddhist period, monks travelled all over the country not only preaching religion and philosophy and dispelling ignorance, but also alleviating human suffering King Asoka and his edicts are famous for this. Even before Asoka’s time, evidence of organized medical care was seen in ‘Caraka Samhita’. Vivid descriptions are found about the location, building, personnel and amenities of hospital-Aturalaya, a maternity home. ‘Sutikargriha’ was a nursery and a pharmacy. It should be remembered that Ayurveda is not the science of health. Healthful living, prevention of disease, personal and social hygiene all come under its ambit, not merely the cure of diseases.

One should not get the impression that Ayurvedic medicine is not evidence-based. Ever since antiquity, Ayurveda has been evidence conscious. All theory and practice of Ayurveda have been evidence-based, in its own time frame of course. Like any other branch of knowledge, Ayurveda obtains new evidence from time to time. The critical scientific approach of Ayurveda is evident from its Pramana Vijnan. The ancient concept of evidence is based on four fold testing. Classical methods are:
1. Pratyaksa (direct observation),
2. Anumana (inferential evidence),
3. Aptopadesa (scriptural evidence)
4. Yukti Pramana (rationally planned experimental evidence).

The evidence-base of contemporary Ayurveda is conceived in several forms including:
1. Scriptural evidence and folklore claim,
2. Experience-based evidence, and
3. Long-standing traditional use and its mass acceptance.

In spite of its primary strength, one cannot deny the need to develop supportive new scientific evidence, without which contemporary Ayurveda would not have become a really global science accessible to humanity at large, for their wider benefit. The World Health Organization has also expressed similar views.

The key issues in the assessment of its therapeutic effects are clinical epidemiology for clinical research, standardization of diagnostic criteria, clinical trials to assess safety and efficacy and systematic review of literature on clinical research. Crossnational evaluations using common protocols have been suggested by certain science activists from a global perspective, although that does not appear to be necessary. We have to weigh the evidence using systematic reviews and critical evaluation of information from completed studies. Research in practice settings and the reverse pharmacology approach seem to be the best strategies in traditional medicine research. 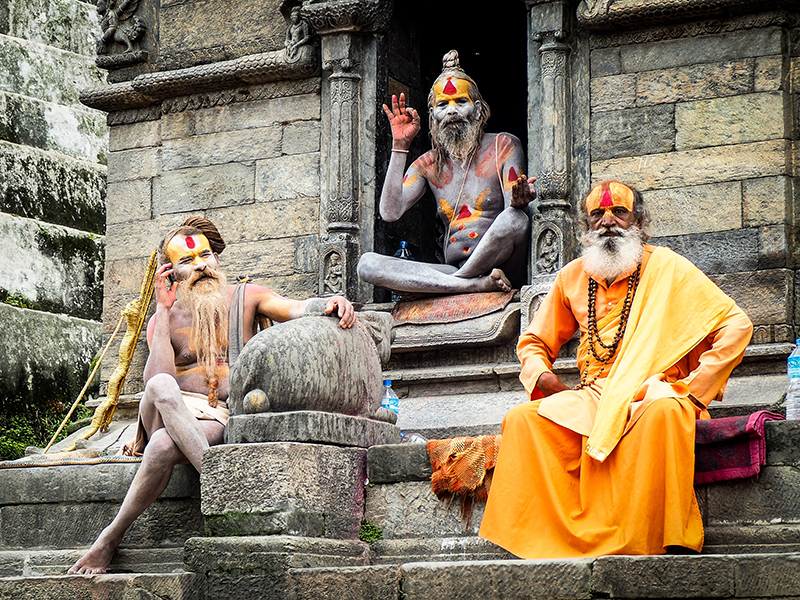 On the other hand, one cannot help noticing the conflicting attitudes of different regulatory agencies in different countries. According to the Committee on Herbal Medicinal Products regulation for registration of herbal products in Europe, “The rationale behind the actual registration procedure is to enable products which have been in long standing traditional use to be registered, because their safety and efficacy can be deduced from their longstanding use. The long tradition of the medicinal product permits requirements for clinical trials to be waived, insofar as the efficacy of the medicinal product is plausible on the basis of long-term use and experience. Preclinical tests do not seem necessary either, where the medicinal product on the basis of the information on its traditional use proves not to be harmful in specified conditions of use.”

This seems to be a laudably lenient stand, with which I personally agree because Ayurveda in India has a superior status with many of its products and formulations having been in use for several hundred years, not merely decades. I do not know whether this stand is acceptable to the scientific community at large, however, one thing is true: traditional medicine research does not require the same scientific rigor as conventional modern drug development programs.

In spite of many attempts at research in Ayurvedic therapeutics, no noteworthy outcome has emerged. Equally, no initiatives have so far been taken to study the core science of Ayurveda. Potentially valuable treasures in Ayurveda’s unique concepts and theories remain unexplored. Thus, research in Ayurveda during the last several decades has not produced any major breakthroughs. Most so-called scientific studies have yielded negative results, warranting a serious reconsideration of the very approach of research and ongoing research methodology. Many serious researchers now consider current research approaches to be inappropriate, and that a major paradigm shift to in-depth Ayurveda-oriented research on Ayurveda is needed.

The recent paradigm shift demands research initiatives in the science of Ayurveda including exploration of more recent approaches and methodologies of therapeutic research in order to enrich Ayurveda as it is and to benefit Ayurvedic practitioners.