Cucurbits is the popular name of the family Cucurbitaceae, commonly known as gourd family. A family of about 110 genera and between 650 to 850 species, Cucurbitaceae are distributed mainly in tropical and subtropical regions of the world. Some of its largely represented genera along with their number of approximately reported species include Momordica (45, bitter gourd), Cucumis (25,cucumber, muskmelon), Cucurbita (15, pumpkin, gourd, squash), Lagenaria (6, bottle gourd) and Luffa(6, sponge gourd). The cultivated species investigated in this study belong to the genera Benincasa, Citrullus, Cucumis, Cucurbita, Lagenaria, Luffa, Momordica and Trichosanthes.

These are used as fruits and bounce house with slide for sale vegetables, and most of them have considerable economic value. Economically the family is fairly important. The fruits of Benincasa, Cucurbita, Cucumis, Lagenaria, Momordica, Luffa and Trichosanthes are the common vegetables. Fleshy fruits of Citrullus and Cucumis are edible. The fruits of cucumber are also used in salad.

Cucurbitaceae is the largest group of summer vegetables crops. These include cucumber, muskmelon, watermelon, tinda, bottle gourd, luffa, bitter gourd, pumpkin, squases, parwal and snake gourd. The fruits of cucurbits are very useful in terms of human health, i.e. purification of blood, remove of constipation, good for digestion, and give energy. 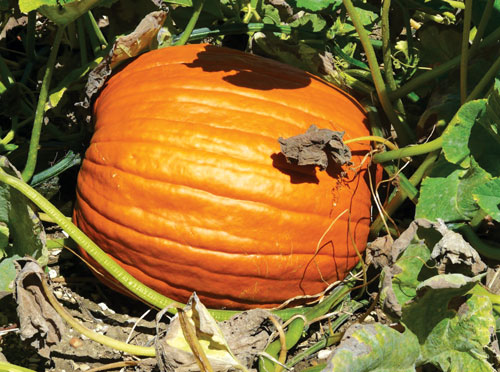 Medicinal uses of the cultivated cucurbits are given below:

White Gourd: Its local name is Chalkumra and its scientific name is Benincasa hispida. The fruits are edible. Sweets are prepared from the pulp of fruits. The fruits are used for making jam, jelly, morobba, cake and kumrabari. The kumrabari is very popular substances of curry menu in our country. Biochemical features of the fruits are useful for human health. Fruit is tonic, nutritive, diuretic, antiperiodic; specific for haemorrhages from internal organs. It is also useful in cases of insanity, epilepsy and other nerve disease. Seeds are vermifuge against tapeworm and diuretic. It is also beneficial in cases of constipation, heart disease, tuberculosis, colic pain and as an aphrodisiac.

Water Melon: Its local name is Turmuz and its scientific name is Citrullus lanatus. The ripe fruits are edible and largely used for making confectionary. Its nutritive values are also useful to the human health. Fruit is used in cooling, strengthening, aphrodisiac, astringent to the bowels, indigestible, expectorant, diuretic, stomachic, purifies the blood, allays thirst, cures biliousness, good for sore eyes, scabies and itches. The seeds are tonic to the brain.

Cucumber: Its scientific name is Cucumis sativus. The fruits are edible and very much used as salad. Its fruits also remove constipation and good for digestion. The fruits are much used during summer as a cooling food. They are used as salads and for cooking curries. The tender fruits are preferred for pickling kernels of the seeds are used in confectionary. Fruits are is demulcent. Seeds are cooling, tonic, diuretic and anthelmintic. Leaves are along with cumin seeds administered in throat affections.

The “Cucumis sativus”, an herbaceous vine of the botanical family Cucurbitaceae bears the fruit Cucumber. Cucumbers contain a very large amount of water, about 96% of its content. Thus, it is said that “eating a cucumber is like drinking a glass of water”. Cucumbers contain:

* Small amounts of provitamin A, vitamin E, B and C

* Minerals such as Potassium, Magnesium, Phosphorus, Calcium and Iron, which are highly alkaline. It also contains some trace elements such as sulphur.

Cucumbers have the following medicinal applications :

Depurant: Cucumber helps in the elimination of waste substances from the blood stream. This is achieved either through elimination by the urine or skin.

Laxative: Due to the high water content of cucumbers and very soluble fiber content, they make easier the movement of faeces through the intestine.

Alkalizer: Cucumbers also helps in neutralizing excess acidic waste produced in the body which mainly arises from the intake of animal-based foods.

The main /primary medicinal values of cucumbers are:

Skin Conditions: Cucumbers provide the sulphur needed for healthy skin cells, hair and nails, and also helps in hydrating the skin. Moreover, they cleanse the bloodstream of toxic wastes. Cucumbers are therefore highly recommended for patients suffering from dermatosis, eczema and psoriasis. They are applied locally by rubbing it directly on the skin or on the affected areas. Applying cucumbers on the skin regularly helps make it soft, smooth and fresh.

Diabetes: Due to their low carbohydrate content, and the supply of certain amount of minerals and vitamins, it is highly recommended for diabetics.

* Constipation due to intestinal atony can be controlled by the intake of cucumbers.

In the past, it was widely believed that cucumbers had a negative effect on the body – they were too “cool” and could drop one’s temperature. However, advancements in science have exposed the truth about this vegetable: It can help to promote healthy wound healing. These vegetables are rich in vitamin A, which is essential to the activating collagen synthesis by stimulating the body’s natural inflammatory response. As the National Institute of Health explains, this process is necessary for the production of new tissue to replace that damaged by the wound infliction, and a deficiency in vitamin A is linked to slowed and halted wound healing. 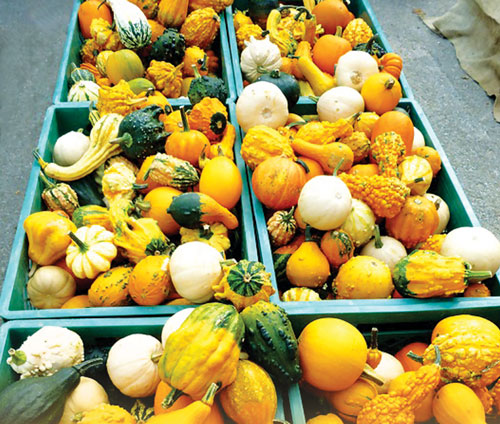 Cucumbers also contribute to healthy recovery in other ways. It’s an excellent source of the chemical compound silica, which helps the body re-grow connective tissue in the muscles, ligaments, tendons and other tissues. Additionally, cucumbers help you maintain healthy blood pressure levels. Good blood pressure is important for a steady flow of oxygen, vitamins and nutrients to the affected area for fast and efficient wound healing.

A study by researchers at the Geriatrics Institute in China evaluated nearly 400 patients diagnosed with hypertension, directing half to take a cucumber vine supplement and the other half to take a hypotension compound.

The results showed that the cucumber supplement was significantly more effective at balancing blood pressure and increasing coronary blood flow. It also had no toxicity and minimal side effects, prompting the researchers to suggest cucumber as a safe and effective method for managing blood pressure.

Musk Melon: Its local name is Phuti or Bangi and its scientific name is Cucumis melo. The ripe fruits are edible and green fruits are used as vegetable. Its ripe fruits are very much useful in human kidney disease. The fruits are extensively used as dessert fruits and are highly esteemed in summer months. Sometimes eaten as vegetable when unripe. Melons of drier regions are sweeter and tastier than those of moisture situation. The seeds are diuretic, cooling, nutritive, and beneficial to the enlargement to prostate gland. The pulp is diuretic and beneficial to chronic or acute eczema. The ripe fruit is cooling, flattening, tonic, laxative, aphrodisiac, cures biliousness, allays fatigue.

Pumpkin: Its local name is Bilati and its scientific name is Cucurbita maxima. This is grown for its large edible fruits, which are eaten as vegetable. The fruits are useful in human blindness. Matured fruits of pumpkin are used as a table vegetable for baking in pies and for making jam; also as a live stock feed.

The young fruit resembles the vegetable marrow in flavour but the full grown fruit is much liked.

The fruit is diuretic, tonic, allays thirst. The seeds are anthelmintic and used as diuretic and tonic. The fruit pulp is often used on inflammations and boils.

Squash Gourd: Its local name is Mistikumra and its scientific name is Cucurbita moschata. The fruits are edible and eaten as vegetable. Matured fruits of squash gourd are used as a table vegetable for baking in pies and for making jam; also live stock feed. The flesh is usually fine-grained and mild-flavoured and is thus suitable for baking. It has fantastic shape and coloration of fruits considered attractive for the horticultural purpose of ornamental plants.

Squash: Its local name is Safed kadu and its scientific name is Cucurbita pepo. The fruits are edible and eaten as vegetable. The fruits are also useful in human blindness. The fruits are cooling, astringent to the bowels, laxative, good for teeth, throat, eyes. The leaves are digestible, haematinic, analgesic, remove biliousness and also used as an external application for burns. The seeds are diuretic, tonic, fattening cure sore chests, bronchitis, fever, allays thirst, good for the kidney and the brains.

Bottle Gourd: Its local name is Panilau and its scientific name is Lagenaria siceraria. It is cultivated throughout our country. The fruits are eaten as vegetable. The fruits are cooling and very much useful to human health in summer season. White pulp of fruit is cooling, emetic, purgative, diuretic and antibilious. Oil from the seeds are cooling and used to relieve headache. Seeds are nutritive and diuretic. Decoction of leaves mixed with sugar given in jaundice. Warm of tender stem relieves earache. Fruit is used in choler.

Ridge Gourd: Its local name is Jhinga and its scientific name is Luffa acutangula. The fruits are eaten as vegetable. Fruit is demulcent, diuretic and nutritive. The seeds possess purgative and emetic properties. The pounded leaves are applied locally to splenitis, haemorrhoides and leprosy. The juice of the fresh leaves are dropped in to the eyes of children in granular conjunctivitis, also to prevent the lids adhering at night from excessive meibomian secretion.

Sponge Gourd: Its local name is Dhundol and its scientific name is Luffa cylindrica. The fruits are edible and eaten as vegetable. It is good for health. The dried fruits yield a spongy substance which are used as a bath sponge. The seeds are emetic and carthartic. Young fruits are cool, demulcent, producive of loss of appetite and extive of mind, bile and phlegm.

Teasle Gourd: Its local name is Kakrol and its scientific name is Momordica cochin-chinensis. The fruits are eaten as vegetable. It nutritive components are good for health. Fruits and leaves are used in external application for lumbago, ulceration and fracture of bones. The seeds are used as aperient and in the treatment of ulcers, sores and obstructions of liver and spleen.

Bitter Gourd: It local name is Karala and scientific name is Momordica charantia. It is cultivated throughout the country for its fruits which are eaten as vegetable. The fruits are considered tonic, stomachic, carminative and cooling. The fruits are very much useful in human diabetes. The fruits are also used as febrifuge, rheumatism, gout and disease of liver and spleen. The seeds are used as anthelmintic. The fruits and leaves are anthelmintic, useful in piles, leprosy, jaundice and as vermifuge.

Pointed Gourd: It local name is Potol and scientific name is Trichosanthes dioica. The fruits are eaten as vegetable The leaves are also consumed as vegetable. It nutritive values are good for health. Fresh juice of unripe fruit is used as cooling and laxative. The fruit is also used in spermatorrhoea . Leaf is aperient, also used to be tonic and febrifuge, used as diet in subacute cases of enlarge liver and spleen. Fruit is febrifuge, laxative and antibilious.

The fruits of cultivated cucurbits are really useful of human health. These fruits have got water, protein, fat, minerals, fibre, carbohydrates, energy, calcium, magnesium, potassium, phosphorus, iron, sodium, copper, sulphur, chlorine etc. In other hand, it has got vitamin A, Thiamine, Riboflavin, vitamin C and nicotinic acid and oxalic acid