Dinah Rodrigues, yoga therapist, graduated in Philosophy and Psychology at the University of S. Paulo – Brazil. Her objective is to help women to reactivate their hormone production. She helps also women who have difficulty to get pregnant, polycystic ovaries, TPM and those in climacteric or suffering with the consequences of low hormone level.

Dinah Rodrigues is well known in Brazil, where for many years now, she has been giving courses all over the country. Every year she travels to Europe and North America, teaching her technique. Asana Journal interviewed her for this women’s special issue.

1. How did you start yoga and tell us a bit about your yoga journey & the masters who influenced you?

I was part of a sport club in Brazil which offered yoga classes. My sister and I used to practice Hatha yoga together when I was 32 years old. My first teacher was Celeste Castilho, pioneer of yoga in Brazil. I have started practicing Hatha yoga and soon after that I have developed an interest for yoga therapy. My wonderful teacher and friend Master Prof. Jean Pierre Bastiou have also influenced me. Another master that influenced me is Shivananda. I have all his books; they are all so difficult to read! But I enjoy them and learnt so much. 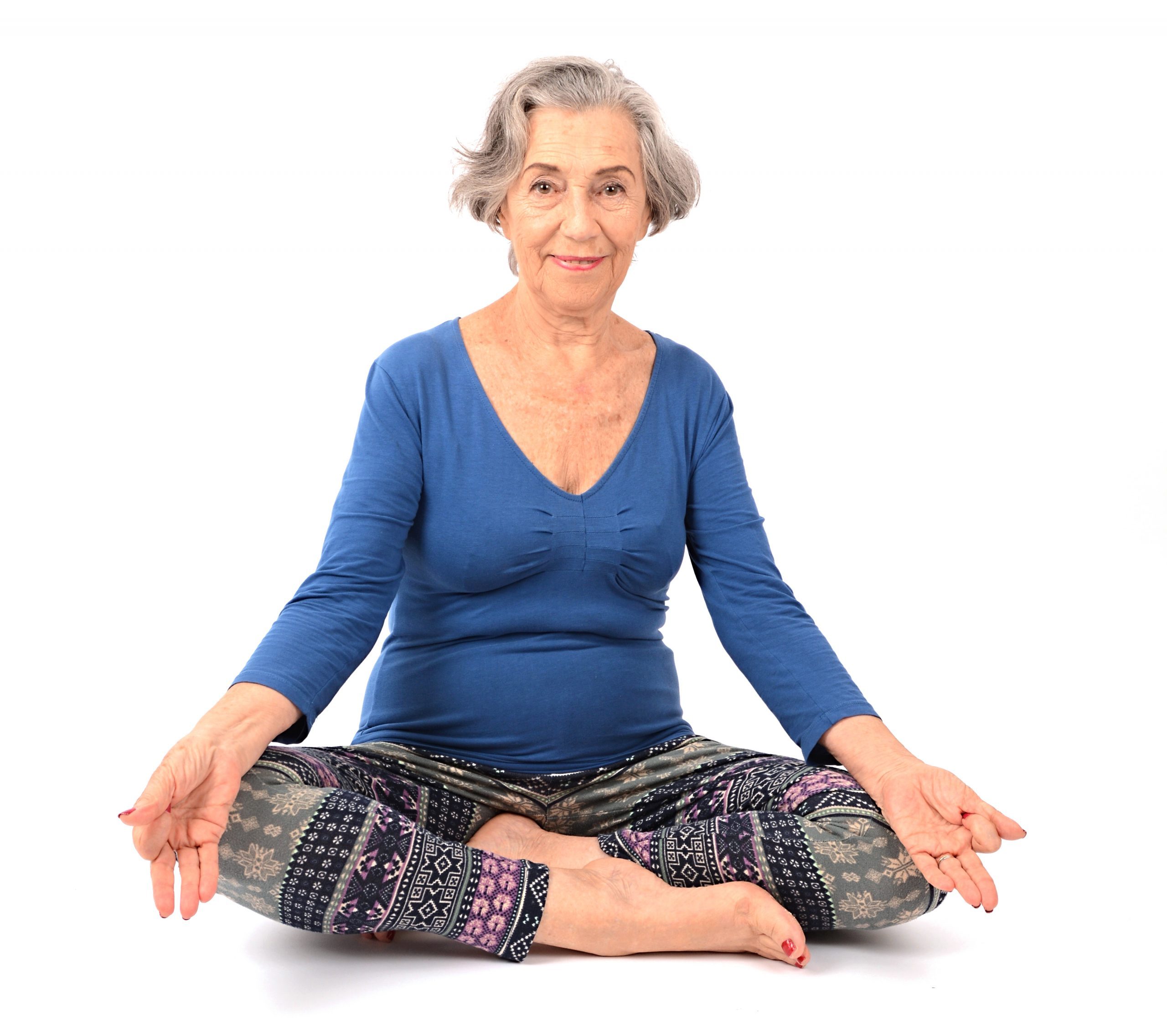 2. Why did you focus on women’s health? Any particular reason?

It was actually my gynecologist, Dr Luciano M. Nardoza, who gave me the idea to create this method. He was really fascinated that I was so healthy at 63 years old. So I’ve created the Hormone Yoga Therapy because I couldn’t find techniques for women. Usually around 45 years old menopause symptoms start to appear. I really wanted to help my friends who were really suffering. I took some yoga therapy course but it wasn’t designed specifically for women. Along the way, my gynecologist had many ideas of research because he believed in me and in my method.

3. What do you say specifically about hormone yoga therapy? Is this different from a yoga therapy class or a hatha yoga class?

Hatha yoga or yoga therapy don’t focus on solving women’s problem. From my own experience of practicing yoga for many years and also from my research, I’ve chosen the asana that would activate the targeted glands: thyroid, adrenals and ovaries. It’s a dynamic type of yoga, with dynamic asanas and with strong Bhastrika pranayama.

In some cases, you can have results within a day. Depending on the symptoms of course, sometimes it can take longer. I advice to practice hormone yoga therapy 4 times a week, which is enough to get good results. With a good level of hormones, you really start feeling like you are 20 years younger! 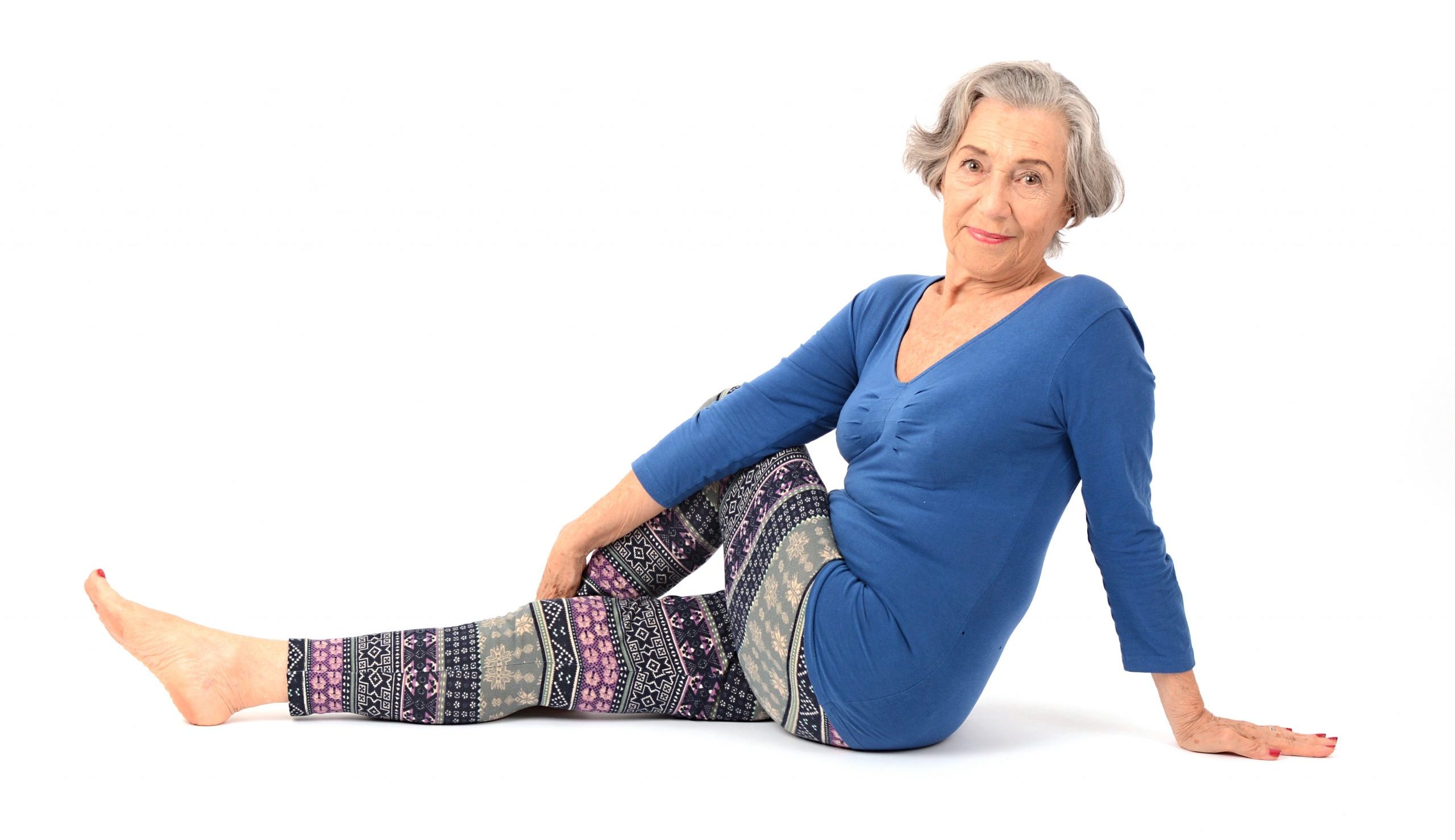 4. How has science and research influenced you?

My father was a doctor; I’ve grew up with science. Thus it was important for me that my technique has a science background. When I was seven years old I wanted to be a doctor. But my father strongly advised me otherwise, because he remembered suffering so much in medicine school. So I’ve followed his advice and instead I have done psychology and philosophy.

I found in yoga what I wanted to have as a doctor: being able to help people with their health issue. To me, research has been a crucial part since the beginning of this journey. We have asked women who would follow my method to take an hormonal test (FSH, estrogen) before and after practicing. Making charts and actually see the variation of the level of hormones increasing months after months comforted me in the idea that this technique was working as it is based on physiology.

It took me six months to set up the sequence. Then I’ve gathered various women with different symptoms of hormonal imbalance and menopause, to try out my method. One yoga teacher with very low level of hormones started practicing and she disappeared for some time. After six months, she emailed me, and said she felt wonderful, felt that she was completely rejuvenated and that her hormonal level was off the roof!

Once someone gets good results then the world of mouth begin and women start to be intrigued by my method. I didn’t really have to change my method and until now it remains the same. I have been teaching it for 27 years. In Brazil, after seeing the results of my research, the doctor have started to accept the benefits of my method as a complementary therapy for healing. I have the support of the federal university as they welcome alter-native method to traditional medicine. At the end of the day, doctors believe in numbers!

5. Any important advice for women about hormone issues during Pregnancy?

My method is not suitable for pregnancy. However I have a lot of success stories from women who can’t manage to conceive naturally, although everything seems normal. Some do invitro and still fails to get pregnant. First of all in vitro is very expensive and women need to take a lot of hormones, it’s very tiring. If they have stills eggs and their trumps are normal, and that the partner doesn’t have any fertility issue, Hormone Yoga Therapy have proven to have great results towards fertility. Until today I receive regularly pictures of “hormone yoga babies” !

6. Does this hormone yoga therapy only apply to women or also for men?

I have created a separated technique for men, as the anatomy is different. It all started after receiving emails from my student’s husband, telling me that their wife were very happy and they requested me to create a similar technique adapted to men’s physiology and needs. I’ve started studying and created a technique. The difference with women is that men are much more discreet about their symptoms. They wouldn’t take about their hot flushes openly like women do.

After practicing my technique, the testosterone level can increase very quickly, some in just a few hours. An urologist from Sao Paulo asked me to explain to him my technique for men and he also tried it. He was so pleased with the result that he offered me to write a foreword into my book!

From an hormonal perspective, I can say that men have an advantage compare to women. The testosterone start slowly decreasing from 50 years old. With this technique, not only it increases the level of testosterone, but it also improves the quality of sperm. This has been proven by the results of research.

7. Have you created another technique that would apply to both men and women?

I’ve decided to create a method of diabetics because the numbers of diabetics is constantly growing. I thought maybe I could help as I helped men and women with hormonal issue. So I’ve studies physiology through medicines books and I created a method that would stimulate the pancreas, the thyroid and the liver, improve the overall circulation. I’ve started to teach to people suffering from diabetes type 1, who were taking a treatment, and also people who had diabetes type 2.

Only with yoga exercise, very dynamic, with Bastrika breathing to massage the glands. How do the results come ? Again with the pranayama and the asana together. There is an additional research that is currently doing done in Oslo in Norway, by doctor in endocrinology and epigenetic after assisting to one of my training in Straszberg, Germany.

8. What importance do you give to a healthy /vegetarian/vegan diet and its influence in hormonal balance?

I personally eat everything, nothing forbidden but nothing in excess! I have no intolerance, so I can really eat anything. I recommend a balanced diet: lot of fruit and vegetables, some raw, some cooked. In Brazil we eat a lot of beans, which contain a lot of proteins. Lentils are also a good option for a plant-based protein. Nuts are also wonderful for health.

One of the thing I really do not recommend is artificial sweetener, it can be dangerous, especially stevia. It lowers the hormones and jeopardizes fertility. Instead of stevia, it’s way better to use a bit of honey or even just a bit of sugar. 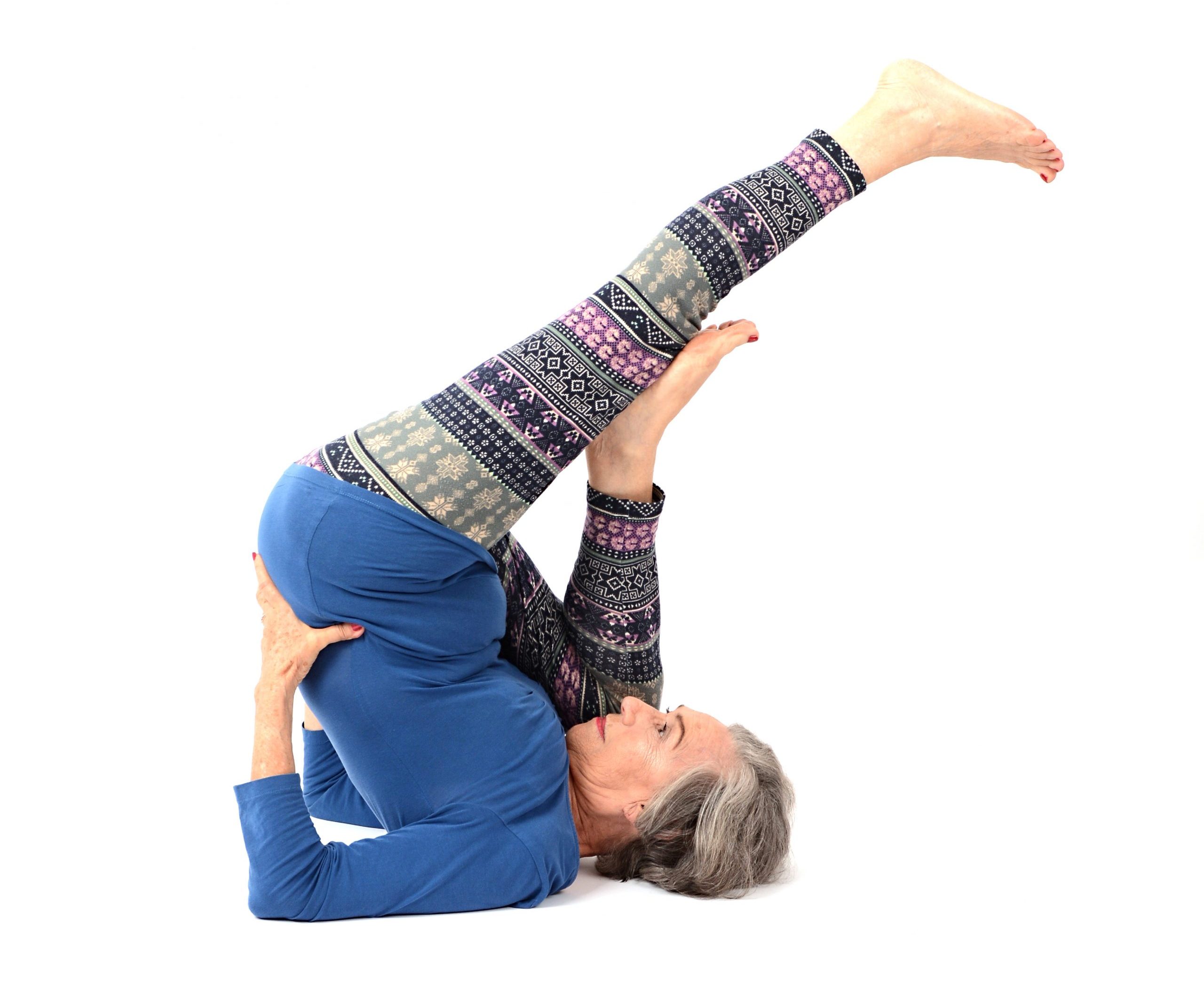 9. Do you still practice other styles of yoga?

I’m 92 years old and I feel very healthy. Sometimes I miss some asana from Hatha yoga, so yes sometimes I practice a bit of hatha yoga. Otherwise I practice hormone yoga therapy five times a week.

10. From the yoga principles, which ones do you feel the most connected to?

All yogis should follow the Yamas and the Niyamas, adding love. Shivananda talks a lot about love: love your students, love all the person around you.

11. What would you like your student to take away from your class?

Hope. Hope of getting rid of all the hormone imbalance symptoms.
I love helping people, that’s what I’ve wanted to focus on yoga therapy.

Firm Touch vs. Light Touch in Yoga Adjustments: Why Teachers Need to Use Firm Touch When Adjusting in Yoga Class

Firm Touch vs. Light Touch in Yoga Adjustments: Why Teachers Need to Use Firm Touch When Adjusting in Yoga Class