Owning your shadow is an interesting concept in what I call, “Spiritual Psychology” because it requires a person to step outside of some of the original motifs that modern day religion, (specifically, Christianity), has embraced. First of all, let’s take a look at a brief history of the shadow, and its many manifestations throughout our lives.

The Boogeyman is an old archenemy that many of us remember all too well, and some of us still can’t sleep without a night lamp on because of an unconscious fear of an “other” out there that’s going to ‘get us”. The word, “Boogeyman” has origins in another culture, specifically, German, and can be linked to the German word for “Buhman”, which can be linked to our understanding of nasal mucus. Actually, if you search around, you can just about find this archetype in any culture, at any time period. The key notion of this “frightening” element is found in the German equation of nasal mucus, meaning that it is literally the stuff that comes out of your nose, (and rightfully so!)

Your shadow is a projection of from what the best of psychology calls the unconscious, but because of all of the stories that we’ve heard growing up, we assume that the “shadow” is a bad thing. Well, like any part of us, and we do have many aspects to who we are, it can be a bad thing if it is neglected, and misunderstood. However, I’m here to tell you that there are many in my field who don’t think the shadow is such a bad thing. In fact, Jungian Psychologist, Rev Jack Sanford suggests that God is more interested in your shadow than in your ego. Of course, this seems heretical, and before you close this article, let me tell you why: most of us utilise only the “golden parts” of our nature to help us produce a better and brighter world in which we live. However, like much of the natural resources of today, what happens if we get burnout? What happens if what has motivated you before, does not motivate you any longer? This is the part where your “shadow” comes in at; because your shadow is like a deep ocean, filled with sunken treasure from ships that have tried to traverse its shores and failed, and have been lost in history.

What I am suggesting to you is that there are untapped regions of your self/soul that you have not yet drawn from, that could possibly help fuel you in your quest and if that energy is handled properly, it can give you an even greater boost than you could imagine.

Isaiah 45:7 suggests that infinite intelligence created both light and darkness. Your shadow element is nothing more than the dark side of the moon. In the words of another Jungian Psychologist, “To refuse the dark areas of your nature is to store up and accumulate that darkness, which is later expressed as bad moods, mind/body illnesses, or unconsciously inspired accidents.

A true story from my own life, on my 17th birthday, I was angry at my life, and I felt trapped by family, my absent father and stepfather, my church, my faith, and I was having a difficulty at making that next step into adulthood. I was driving down the road to pick up my brother, and I was in a head on collision. The date was October 31st, which is “Halloween” or the “day of the dead (in Latin celebrations). Well, needless to say, I didn’t see the car coming because I was clouded by all of the distractions in my head. Next year, I was 18 yrs. old, and still had the same problems, and the same approaches to solving them, which did not work. So, I was driving, on October 31st, and got into the same kind of accident, and I believe it was in the same approximate area. …

Now, outside of looking at me as a bad driver (I’m much better now), the point of my very true story is that the shadowy nature is a composite of repressed feelings, emotions, and whatever our Ego, (who we think we are), does not feel that we are. This was a prime example of an “unconscious accident”. In my tradition, we define a couple major areas of the personality,

1. Persona – How we would like to appear and we want the world to see us as
2. Ego – What we know about ourselves consciously, and what we think we are and have assumed ourselves to be
3. Shadow – The part of us that we fail to see or know, or refuse to accept

A clear understanding of these areas will help you to see what I’m talking about. You see, the parts of us that we deny, and affirm-away. Do not really go “away”? So, where do they go? They are pressed down into an area within what we call our unconscious called the “shadow”.

To acknowledge your higher good is the right thing to do, yes … but to deny what you feel without any expression, or awareness is not healthy. You are not either-or, but both and.

You are not simply light. Remember, every coin has 2 faces, and every moon has 2 sides, but yet you still call the coin, “A Coin”, and the moon, “A Moon”, which is to include them in their wholeness. Embrace you, the good, the bad and the ugly, and you will find more power, strength, and courage than you have ever known.

It’s a well known idea that a parrot has the capacity to learn a word of profanity faster than any other “nice” phrase. This is because, believe it or not, we tend to put more energy into our negative words, and profane language than we do our positive and affirmative ways of speaking. So you see, you have a drive that you did not know was there. Yet, you show it when you get fed up, angry, jealous, hateful, full of rage or bitter. So what do you do with that energy? You give it space and channel it!

Your unconscious does not know the difference between “real” or make believe. It’s difficult to turn the other cheek when Mike Tyson punched you in the jaw. After you’ve gotten off the fioor that is. HIT HIM BACK!. BUT NOT REALLY 🙂

Find a way to creatively express yourself, whether it be through your arts, exercise, music, dance, creative writing, movies. Whatever you do, give it expression, and begin to use it creatively. Own it, use it, and cater it so that it will not be misguided or directed. And I’ve got news for you, there will be a drastic change in your life. Don’t believe me, think about a time when you’ve been angry, I mean, really angry, and you went to the gym, or you mowed the lawn, or cleaned your house. Boy, wasn’t the house squeaky clean when you were finished. Wasn’t it?

As we evolve as holistic people, we will see religion and spirituality give more and more acknowledgement to this half of ourselves. Call it Lucifer or call it Satan, but it is still a part of us, and we can’t simply “kick it out of heaven” and expect it to go away. When Lucifer was kicked out of heaven, according to the Myth, he stopped being God’s problem and became a problem for humans! If you don’t embrace your shadow, you will project it onto someone else! 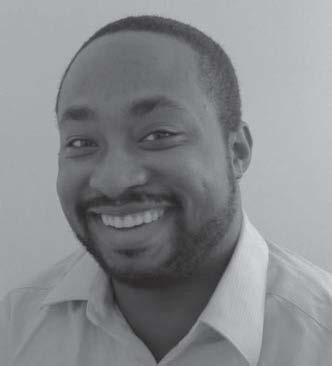 Jesse Herriott is an educator, public speaker and practitioner in the ancient traditions of psychology, which shape mind and body health. Currently, Jesse is a doctoral candidate in social psychology at Walden University, and his personal research is focused on cognition, perception, states of consciousness and the intersection between spirituality and human potential. Jesse Herriott holds undergraduate and graduate degrees in political science and criminology, where he focused on economic and existential motives for crime. Through practice, and extensive research, Jesse has merged his academic training in psychology with the teachings of the great Eastern and Western Wisdom traditions, in order to help individuals make the switch – from barely living to living on purpose.