– Face it, fight it and finish it, through Rajayoga!

Knowledge is in abundance in this present digitalized world. And we all always strive to develop skills, learn new things for our self-development psychologically and materialistic. However, unless we apply the values and theories we learn and bring it into practice in reality, it is of no use. This is where Rajayoga plays a major role. It helps to revive the inner strength to do what is right and put the best virtues into practice to build a righteous society. World transformation begins with self transformation.

Coming to our topic, ‘anger’ is something that is taking the modern world into a toll leading to all miseries ranging from strained relationships to terrorism and war. Is anger really under our control? Can we eradicate anger or should we eradicate anger and is there any other method to handle the issue? If yes, what is stopping us from choosing it?

Any time we sense irritation, frustration or anger emerging inside our consciousness, if we take a close look at it, we will notice that we are fighting a war in our consciousness with one of these three: either with another person, most obviously, or with the past, or with the self. We are at war with the past because our anger is always towards something that has already happened, and looking at it, we react emotionally, which means we are trying to change it, which we know is impossible. Any scene that has taken place a year ago, a month ago or even a second ago cannot be changed. We may be completely convinced and we may believe we can change what had happened. We can change the consequences of what had happened, by correcting our mistakes and preventing repetition, but changing the scene that has been enacted is impossible. Due to this misconception, we hold this belief subconsciously.

Somewhere and sometime in the journey of life, we have picked up and absorbed the belief that the world and its circumstances should shape up exactly as we want.

When our internal desire for a certain type of circumstances is not fulfilled and something against our belief happens, our instant reaction is one of the various forms of anger and we tend to try to change the incident that has happened in a far-off past or a past that has just gone by. We keep replaying an incident with words and actions that we would have liked and that suit our convenience and we also keep trying to nullify the actual incident or remain in a mode of rejection towards it. This is like fighting a war with the incident. We tend to do this inside our minds, repeatedly, even realizing somewhere deep within that it is impossible.

We are at subtle war with another person when he/she has done something which we perceive or judge to be wrong, and our anger is an attempt to change them or take revenge. This is the second belief that is embedded very deeply in our consciousness that the world, including its entire people, should do exactly as we want them to, or what we think they should do. Perhaps we have not yet made a clear understanding about what can actually be controlled and what cannot be? The moment we turn within ourselves to face our programming in the mind and make a brave attempt to change it, we have started doing meditation! 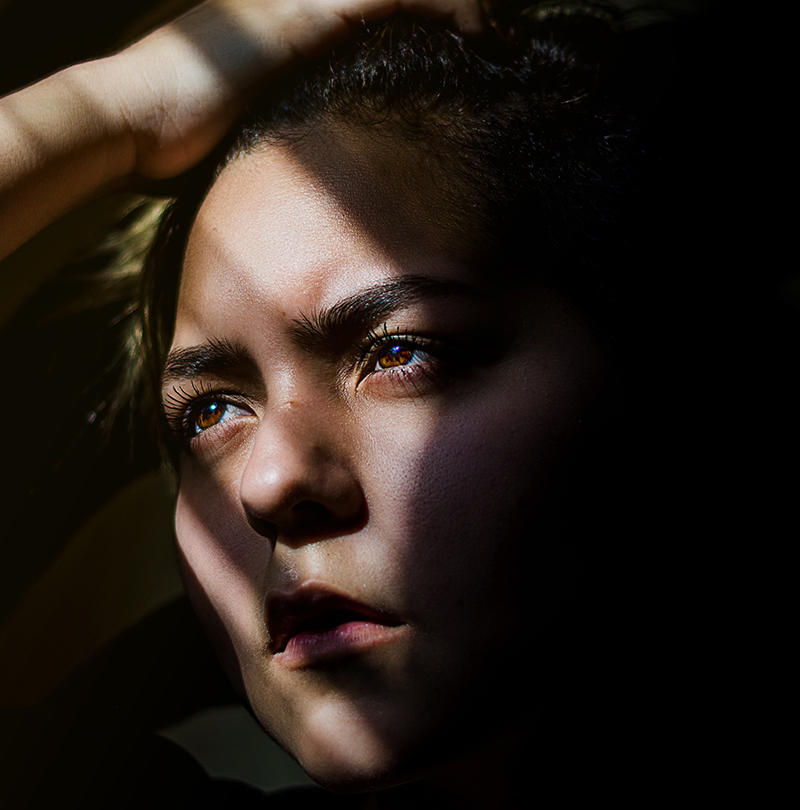 Self- realization and awareness of thoughts help us overcome our weaknesses like anger very easily.

There is a hairline difference between controlling people and influencing them. People cannot be controlled, but they can be influenced. One of the most important attributes of a royal personality is to forgive and not hold even a trace of desire for revenge. Revenge is a misconception that by inflicting the pain that we think the other person has given to us on the person himself, we can change what has happened and also the person. Darkness can be removed only by light, not by darkness.

We are at war with ourselves when we fail to make the world do exactly what we want and we believe that we have let ourselves down. The usual thought pattern when we are angry is as follows:

Now, this thought pattern bombards us with huge negativity and in an attempt to make the world behave according to us; we search for a reason to hold on externally, not trying to turn within to change the programming. So we demonstrate to others our justified anger towards them. Venting out anger on someone may seem to make you feel better, but it is so temporary. It is possible that we might again build it up inside because we tend to return back to the reason assumed again and again.

The next time we face anger within ourselves; interrupt the pattern of your anger by asking yourself two simple questions:

Q: who are you fighting a war with?
A: yourself
Q: Who is suffering the most due to the war?
A: yourself

And if your anger is directed at yourself for your own supposed failure, then just tell yourself, “there is no such thing called failure, only a different result from what I had expected. At times, results need not be exactly what I desire or expect. This is the way to win the game of life”

• An angry man is again angry with himself when he returns to the reason
• A person with a clenched fist cannot shake hands
• Deep rivers move with majesty, shallow brooks are noisy
• When you are good to others you are best to yourself