One of the glitziest cities in the world, Hong Kong is also highly expensive to live in. This also makes it a difficult place to run businesses. The prohibitively high rents could lead to the demise of the entire business. This predicament has also affected top yoga studios Hong Kong. At one stage, the city boasted as many as 13 of large scale ones in 2012. But this saturated the market and eventually saw the number decline to very few best yoga studios HK.

While top yoga studios in Hong Kong that operate in rented shops and office spaces, open air Yoga lessons at places like the beach and parks are becoming more popular. However, there is still a decline and if you were to google ‘top yoga studios Hong Kong,’ you would find that the list contains names of studios which have folded up. This trend affects not just fitness and yoga but also other businesses also.

Amidst yoga studios HK, The Pure Yoga brand has been around for some time and has expanded to all over Asia. Most people in Hong Kong are familiar with it as they have done a remarkably good job as far as marketing and PR is concerned and placed themselves among the well-known yoga studios HK.

They almost have a monopoly over the Yoga business and among top yoga studios Hong Kong, are known for providing the most luxurious facilities for the participants which include rain-like shower facilities and a relaxing lounge. Many styles of Yoga are presented here but the most popular and widely subscribed to is Hot Yoga.

This yoga studio HK possesses a good mix of Indian, Western and local teachers for various types of Yoga. Those who like the sort of Yoga considered hip and trendy will find this place most suited to them. The only drawback is the closely huddled nature of the Yoga mats which doesn’t provide enough space to comfortably stretch your arms for the warrior pose. Occasionally, the instructor would himself be teaching without a mat.

Pure Yoga is among the well-known yoga studios HK and is also known for inviting teachers from abroad to conduct workshops and teacher training programs. You can also find branded clothing from Pure Yoga and an organic restaurant called Nood.

Click here to book the trial class with pure http://www.pure-yoga.com/hongkong/trial/join

Located in a prime location that is convenient for most people, Anahata Yoga has the experienced teachers and a professional method of operating among yoga studios HK. Those who are serious about Yoga and wish to learn from experienced and qualified teachers from India, this is the place to be.

The founder of this studio, considered among best in HK, is Yogananth Andiappan, son of a famous Yoga guru in India, Dr. Asana Andiappan. Andiappan Yoga school is a renowned yoga school in India.

Most of the teachers here belong to families in India that have been traditional practitioners and masters of Yoga and follow the traditional methods of teaching. Modern styles such as Vinyasa, Power, Yin are also taught but majority of classes are from the therapeutic series in the Andiappan yoga tradition.

If you choose this studio, do try specialties such as Back Care Yoga, Destress Yoga, Detox Yoga and Slimming Yoga. The place feels like home and you would get the vibes of Indian-ness here.

Located in Sheung Wan, Yoga Room is a small-sized yoga studio HK which is known for small classes that allow greater focus on every individual. They also offer Zen classes which include Yin and Candlelight Yin. Other facilities include TRX and pilates among other things. Anti-gravity fitness classes are the latest addition to their menu.

They also have the unique feature of Yoga programs for children and toddlers. Other unique varieties of Yoga they have specialized in includes Beach Yoga, Hiking Yoga and Silent Disco Yoga etc.

Yoga Room also has Yoga retreats in places like Thailand and Indonesia.

The Iyengar Yoga Centre of Hong Kong is one of the best yoga studios HK. Located in Sheung Wan and they only teach Yoga that is based on the principles and methods of the great Yoga master, late BKS Iyengar. It is even referred to as military-style Yoga with its strong emphasis on discipline and utmost accuracy in the way a certain pose is to be taken.

According to the teachers of this style of Yoga, the rigorous discipline is meant to encourage the physical, mental and spiritual growth of the students. 8-10 classes are held per day for students of various levels where they learn this ancient practice as propagated through the Iyengar style.

All the teachers here go through a strict regime of training at the city of Pune in India where the headquarters of Iyengar Yoga is located. These teachers have to study their subjects intensively for months or, in some cases, even years to get certification.

This yoga studios HK also offers regular workshops on various topics related to Yoga and rigorous training. The Yoga for a Healthy Back is a must try option here.

Dickson Yoga is a yoga studio HK situated in the Tsim Sha Tsui region and Kwun Tong. The founder of this Yoga studio was originally a martial arts trainer as well as a Yoga teacher. He claims to have been teaching Yoga in Hong Kong for more than 25 years and is one of the most prominent teachers of Yoga in Hong Kong.

With a strong following among his students, the founder of Dickson Yoga also laid the foundation of Hong Kong Yoga Association, of which, he is the chairman. Apart from teaching their specialties like Dickson Flow, Yin Yoga, Stretch Yoga, the center also has, what can be simply described as a wonderland for Yoga enthusiasts.

This facility has a vegetarian restaurant, private infra-red sauna, Hanuman Yoga mounting wall, and a foot massage therapy chamber. All these are supposed to help you keep your Zen before and after your class. 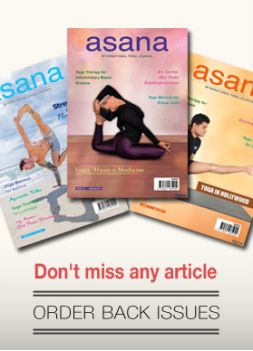