Has the presentation or look of yoga become more important than the actual practice? Some people think so, and believe social media is leading yoga students into a search for image over substance. Another way to say this is that yoga has become diluted because it’s trendy. But I’m not concerned with yoga’s trendiness or popularity. Yoga is going through a natural process of adapting. It’s similar to the snake shedding its old skin in preparation for ongoing life in a new skin. It’s the same snake, only with a different exterior.

Yoga is such a hot topic – it was recently listed among the top ten fitness trends in America, and is featured in a February, 2018, Special Edition of Newsweek Magazine. One article maintained that Americans should know where yoga came from and should respect those origins. Steven Prothero, author of God Is Not One, wrote “America, has this amazing ability to make everything banal.” But this doesn’t mean the changes happening within yoga in the West are all bad. If yoga has served us positively in any way, then we need not fear embracing it through all the changes – both good and bad.

Yoga does its work as yoga and I trust this. Our children are still our children no matter how they look, act, or dress. I’m confident in yoga, and I’m confident in my children even when I’m challenged by their choices and lifestyles that are not the same as mine.

Yoga and its breathcentric practice heals no matter what, and no matter the form. Yoga is yoga when it bears the mantle of mindful movements linked with breath. If it’s not breathcentric, then it’s not yoga and doesn’t matter what it’s called. “It all starts with breath, the energy within us and the power behind all things,” said Tao Porchon-Lynch, named the most senior yoga teacher by the Guinness Book of World Records at 98 years of age. “Using the breath makes it yoga versus gymnastics.”

To me, it doesn’t matter how it’s packaged or who markets or publishes it. When we truly do yoga, a natural intelligence of the physical self begins to influence the stubborn mind and spirit. And when we move energy with pranayama and asana, mind and spirit also move.

In yoga, one travels the superhighway of healing. Its destination is new life and every turn on the highway leads the yogi to fresh modes of expression. One begins paying better attention to all life, and this attentiveness leads to new insights. Soon, the yogi begins forming new habits. These new habits don’t appear as an old skin discarded from the outside, like a snake, because the yogi’s remaking is lit from within, and this fire changes the yogi from the inside out. The outer body we see is not a measure of renewal. 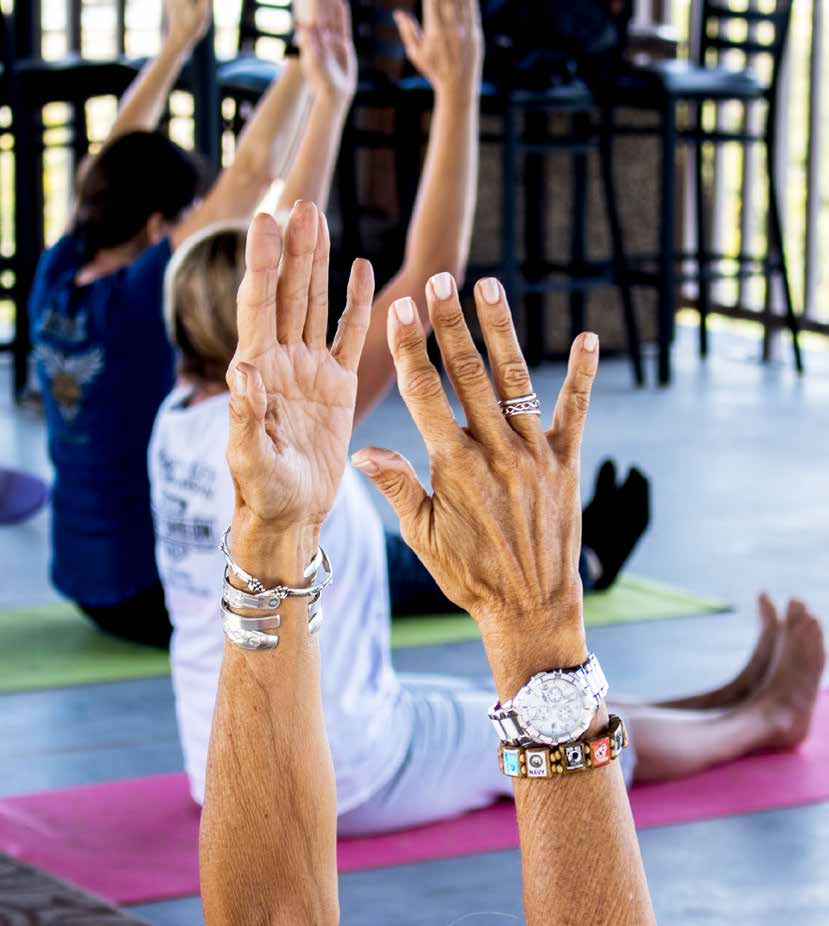 A basic equation for yoga’s transformational healing is the same for beginning and advanced yogis. I like to say, Bend and extend, align the mind and spine; calm your mind, be kind, and when the yogi aligns breathing with their body at ease, they move consciously and arrive at the pose – and life – in equanimity.

In time, they put this newly – aligned memory and experience into their body, and this is yoga’s embodied spirituality. In this way, yoga becomes enlightenment through asana’s physical, non-physical, and metaphysical therapeutic. It’s a high purpose royal road of awareness and the superhighway of healing.

Yoga’s work to calm the body, and treat the anxious mind, is accessible and can be used by anyone at any age or in any state of life; and the cellular memory-building that we do in yoga treats mind, body, and spirit by moving us from one room in our inner mansion to another. In this move, we exchange a dwelling of dis-ease and dis-stress and make room for ease and eu-stress. 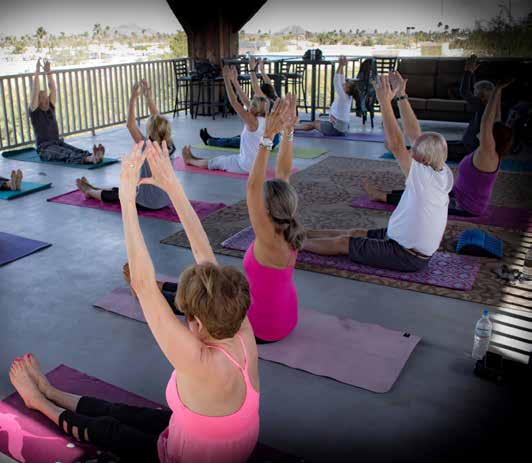 This happens no matter the form or style of yoga and even in spite of faddish and trendy approaches.

We all see changes in the way yoga is presented today. Some forms look to be purely experiential and playful, but they contribute to yoga’s universal accessibility. Goat yoga is one thing, chair yoga is another, and yoga on surfboards is yet another. This is not something to fear, for it means the physical, non-physical, and metaphysical medicine of yoga is traveling the wide road of human experience and is working its healing change on more yogis and yoginis.

But if one has a personal or self-centered investment in keeping yoga the way it has always been, or if one wants to keep the status quo in place, they will resist yoga’s diaspora and diverse applications. This is a losing battle because yoga will not be packaged or restrained, and most yogis know this. Most yogis also realize life itself is a process of continual change and adaptation to change.

Yoga happens, and it leads to gratitude for everything.

For many years, I studied to be a scholar in the religious tradition. It was appropriate at that time in my life and I applied myself to my dharma and was content. But life happens, and at 50, I began unshackling myself from the burdens I had willingly adopted. This was also appropriate at the time.

Now, in yet another life-era, I am synthesizing body, mind, and spirit into a form that is my dharma now. This time though, the change is different because it’s a mind, spirit, and body involvement, and I’m content and no longer looking down the road to the next goal – as I used to do – or to the next job, or the next thing sometime in the future. I realize looking ahead is counterproductive to living my life at this moment. Still, mastering the lesson of true presence will take the rest of my life.

Yoga happens, and it leads to gratitude for everything. We learn how to let go of that which is not necessary through yoga. Our heightened consciousness helps us to accept our own story – warts and all – and yoga builds within us a true self-love so that we come to embrace the golden children we are.

In yoga, we apply our strength of mind and will to reform the out of date or broken structures that we may inhabit, and we work to build a sacred temple. This rebuilding takes on the shape unique to each yogi, but for me yoga has led to: Recovering my body and feelings. Accepting my self with love. Trusting the power of yoga affirmations. Releasing that which does not serve. Abandoning the drive for perfection. Nurturing trust.

From this reset, I now accept that I don’t have to defend myself, yoga, or anything else. From the core of this changed interior, the place where true change takes place, I express gratitude for both the trendy and traditional; and I rest in the confidence knowing that yoga will never be trumped by trendiness.

BIO: Gregory Ormson is a yoga teacher, writer, and motorcycle enthusiast. In 2017 he created his unique program, Yoga & Leather: Yoga for Bikers, which he teaches at Superstition Harley-Davidson in Apache Junction, Arizona. He’s an award winning nonfiction author and has published over 60 yoga articles in Asana Journal and 11 other national and international yoga publications.