There is no essential distinction between mass and energy. Energy has mass and mass represents energy. Instead of two conservation laws we have only one, that of mass-energy.
Albert Einstein
… Only an arbitrary distinction in thought divides form of substance from form of energy. Matter expresses itself eventually as a formulation of some unknown Force.
Sri Aurobindo

Yoga and science have more in common than some people may think. Yoga is a system of accurate practices and concepts, which has successfully carried out, for over 5000 years, the ultimate goal of knowledge and perfect realisation of unity between inner and outer realities, mostly by exploring unity through the inner universe. Those exceptional humans, who have reached their potential to the Divine border, have defined the success in Yoga, remaining a symbol and an example of perfection for the human kind.

Science has stemmed out, since the dawn of humanity, from the same quest for knowledge and truth, albeit by cutting out parts of the unified reality and observing them closer. Ancient teachings of all great traditions taught religion, spirituality, art, science and philosophy in unitary studies. It is only in the last hundreds and thousands of years that these subjects have taken complete separate paths, diving more and more into vertical study and research. And even so, the top scientists would come forward and express the message of unity – which Yoga stands for – clearer than any experiments done in a lab. And if we are to chose only two such subjects of religion and science, and only 3 examples, we would have David Bohm and Krishnamurti who have left hundreds of pages of inspirational unifying dialogues and Albert Einstein who went even further by declaring, “(…) the serious scientific workers are the only profoundly religious people”.

We can see therefore that when it comes to absolute truth and knowledge the true seekers meet in the same place.

It is wonderful that, not only science is moving towards being able to observe and acknowledge some ancient truths known by yogis, but also at the same time the modern yogi can use some of the technology, to advance the understandings and even progress in the spiritual conquest.

For example, for thousands of years, the sadhana of meditation, Yoga techniques and long practised asanas may have been some of the only methods that a yogi would have in attaining a state of Samadhi. Not to mention that these experiences were considered to be a reality granted only for the chosen Rishis, sages or saints. 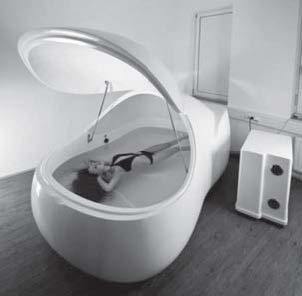 Virgin Islands has developed during 1970s a devise that we might find these days accessible even in some well-equipped Spa’s – a Samadhi tank. This is a floating device that being built under certain conditions allows the complete cut off from all the external stimuli. The total silence, darkness and the medium of water relax the body and mind so much, that conditions to attain higher states of consciousness are in this way provided. Evidently, in order for the experience to take place it is needed the minimum conscious attraction of the subject towards such experience. But, still, even in the absence of such interest, it can be a very relaxing, healing, unifying and uplifting experience. 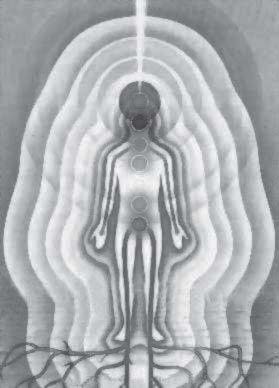 Another type of device is the one that allows the photographing of the aura. This can be a great tool for a yogi, who is at the beginning of the practice, in understanding very easily how certain asanas and meditation can have an influence that remain in the being and are reflected by the colours of the aura. By having an aura photographed, the yogi can realise a quick feedback circuit between the inner universe, of his or her feelings, thoughts, perceptions, and the picture of the etherical body. At a later stage when another such image is taken, again more understandings will appear – for example on how the yogi aura has grown and it is now expanded due to meditation techniques, increased mental power and so on.

It is relevant, I consider, that we keep a discerning balance between being swamped by the commercialised society that is soon to produce gadgets for virtually anything, whilst we still make the most of what we have available to further the Yoga practice.

Hundreds and thousands of years ago a Yoga Master would initiate a practitioner in one practice, but the aspiration and virtues of people living in those times were so great, the endurance, the will power, belief and gratitude so deep that it would be enough for that practitioner to be able to reach the peak of that knowledge. Now we live in a society driven by external stimuli, a fast pace of life and very little patience. Exploring the unseen dimensions of the spirit, and even experiencing inner silence is something that gives the modern man a range of states from unease to almost depression. It takes practice, encouragement and getting familiar with. It is therefore great that science can provide such tools of feedback to start with, so the modern Yoga scholar is supported in its quest for perfection.

The collaboration between Yoga and Science

I find it encouraging that science has started to acknowledge and work with some of the earliest truths known by yogis. For example, the reality of the chakras is something that is fully explored in Eastern writings and fundaments most of the Yoga teachings, yet the Western society has taken until 30-40 years ago a sceptical attitude at best.

It was during 2008 when I was doing a research into the scientific discoveries that prove the existence of chakras, when I came across Dr Konstantin Korotkov’s experiments that introduced the EPC/GDV Virtual Chakra program. This is a graphical display technology that displays certain parameters, which in conjunction with processed images from the 10 fingers can graphically show the distribution of energy centres of the human body – chakras. The EPC/GDV technique is accepted by Russian Ministry of Health as a Medical technology and certified in Europe.

Now the scientific research into the energy field has furthered, and according to Dr K Korotkov, “the incredible implications for the diagnosis and treatment of physical, emotional, mental and spiritual conditions with applications in medicine, psychology, sound therapy, biophysics, genetics, forensic science, agriculture, ecology etc have only just begun”.

I believe this is an exciting time for all of us and I would go as far as to say that it may be a call especially for those who have gathered personal relevant spiritual experience, due to their successful Yoga practice, to support such teams of scientists in these extraordinary researches, especially when these are used for healing of humanity.

Irina started practising Yoga during 1990 and commenced teaching 9 years later. In 2008, following 2 years of further specialisation, she acquired the Teacher Diploma from the Atman – The World Yoga Federation. During 2008-2009 she coordinated Yoga teacher training groups on behalf of Atman Federation in London and has held various Yoga classes as well as individual one2one lessons. Irina helped the start-up of the 1st Yoga Therapy Center in Denmark, opened during August 2009 and she is the co-founder of the Yoga4Business in London, a company which aims at making Yoga widely understood and available. Irina is currently teaching in London and Surrey, the UK. You can contact Irina at irina@yoga4business.co.uk