What was once a rare phenomenon has now become as casual as falling sick. Depression is taking a toll on many lives in the current tending modern lifestyle. Different theories stream around the onset of depression. Recent researches have thrown light on the necessity of awareness of mental health and well being to lead a normal life. According to a study conducted by the Republic of Korea, college of health sciences, yoga as a therapy has remarkable effects on the psychological status of women who are under depression due to physiological reasons. Every year more than 10 million new cases of depression are reported per day all over the world.

Depression is more than just a low mood. In other words, it is a persistent prevalence of sadness or gloomy mindset due to a very strong reason that could be both physiological and emotional. Depression is characterised by loss of interest in activities causing significant impairment in daily life. Possible causes include a combination of biological, psychological and social sources of distress. Increasingly, research suggests that these factors may cause changes in brain function, including altered activity of certain neural circuits in the brain. The persistent feeling of sadness or loss of interest that characterises major depression can lead to a range of behavioural and physical symptoms. These may include changes in sleep, appetite, energy level, concentration, daily behaviour or self-esteem. Depression can also be associated with thoughts of suicide. The mainstay of treatment is usually medication, talk therapy or a combination of the two. Increasingly, research suggests that these treatments may normalise brain changes associated with depression.

Depression is a state of low mood and aversion to activity that can affect a person’s thoughts, behaviour, feelings, and sense of well-being. People with a depressed mood may be notably sad, anxious, or empty; they may also feel notably hopeless, helpless, dejected, or worthless. Other symptoms expressed may include senses of guilt, irritability, or anger.

Further feelings expressed by these individuals may include feeling ashamed or an expressed restlessness. These individuals may notably lose interest in activities that they once considered pleasurable to family and friends or otherwise experience either a loss of appetite or overeating. Experiencing problems concentrating, remembering general facts or details, otherwise making decisions or experiencing relationship difficulties may also be notable factors in these individuals’ depression and may also lead to their attempting or actually committing suicide. 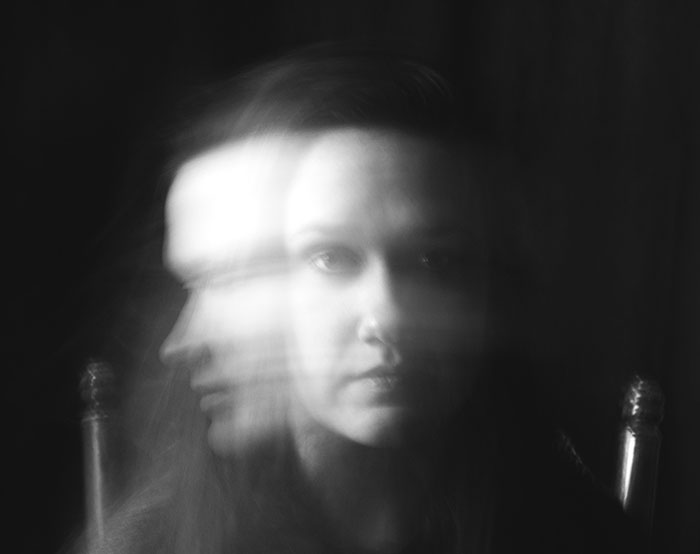 Fortunately, it is also treatable. Depression causes feelings of sadness and/or a loss of interest in activities once enjoyed. It can lead to a variety of emotional and physical problems and can decrease a person’s ability to function at work and at home.

Depression symptoms can vary from mild to severe and can include:
• Feeling sad or having a depressed mood
• Loss of interest or pleasure in activities once enjoyed
• Changes in appetite — weight loss or gain unrelated to dieting
• Trouble sleeping or sleeping too much
• Loss of energy or increased fatigue
• Increase in purposeless physical activity (e.g., handwringing or pacing) or slowed movements and speech (actions observable by others)
• Feeling worthless or guilty
• Difficulty thinking, concentrating or making decisions
• Thoughts of death or suicide

Symptoms must last at least two weeks for a diagnosis of depression.
Also, medical conditions (e.g., thyroid problems, a brain tumor or vitamin deficiency) can mimic symptoms of depression so it is important to rule out general medical causes.

Depression Is Different From Sadness or Grief/Bereavement
The death of a loved one, loss of a job or the ending of a relationship
is difficult experiences for a person to endure. It is normal for feelings of sadness or grief to develop in response to such situations. Those experiencing loss often might describe them as being “depressed.”

But being sad is not the same as having depression. The grieving process is natural and unique to each individual and shares some of the same features of depression. Both grief and depression may involve intense sadness and withdrawal from usual activities. They are also different in important ways:

• In grief, painful feelings come in waves, often intermixed with positive memories of the deceased. In major depression, mood and/or interest (pleasure) are decreased for most of two weeks.
• In grief, self-esteem is usually maintained. In major depression, feelings of worthlessness and selfloathing are common.
• For some people, the death of a loved one can bring on major depression. Losing a job or being a victim of a physical assault or a major disaster can lead to depression for some people. When grief and depression co-exist, the grief is more severe and lasts longer than grief without depression. Despite some overlap between grief and depression, they are different. Distinguishing between them can help people get the help, support or treatment they need.

Depression can affect anyone—even a person who appears to live in relatively ideal circumstances. Several factors can play a role in depression:

• Biochemistry: Differences in certain chemicals in the brain may contribute to symptoms of depression.
• Genetics: Depression can run in families. For example, if one identical twin has depression, the other has a 70 percent chance of having the illness sometime in life.
• Personality: People with low selfesteem, who are easily overwhelmed by stress, or who are generally pessimistic appear to be more likely to experience depression.
• Environmental factors: Continuous exposure to violence, neglect, abuse or poverty may make some people more vulnerable to depression. 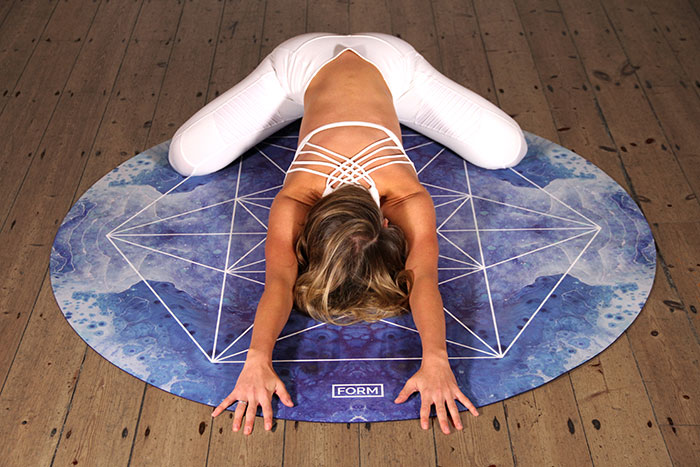 HOW IS DEPRESSION TREATED?

Depression is among the most treatable of mental disorders. Between 80 percent and 90 percent of people with depression eventually respond well to treatment. Almost all patients gain some relief from their symptoms.

Before a diagnosis or treatment, a health professional should conduct a thorough diagnostic evaluation, including an interview and possibly a physical examination. In some cases, a blood test might be done to make sure the depression is not due to a medical condition like a thyroid problem. The evaluation is to identify specific symptoms, medical and family history, cultural factors and environmental factors to arrive at a diagnosis and plan a course of action.

Medication: Brain chemistry may contribute to an individual’s depression and may factor into their treatment. For this reason, antidepressants might be prescribed to help modify one’s brain chemistry. These medications are not sedatives, “uppers” or tranquilizers. They are not habit-forming. Generally antidepressant medications have no stimulating effect on people not experiencing depression.

Antidepressants may produce some improvement within the first week or two of use. Full benefits may not be seen for two to three months. If a patient feels little or no improvement after several weeks, his or her psychiatrist can alter the dose of the medication or add or substitute another antidepressant. In some situations other psychotropic medications may be helpful. It is important to let your doctor know if a medication does not work or if you experience side effects. 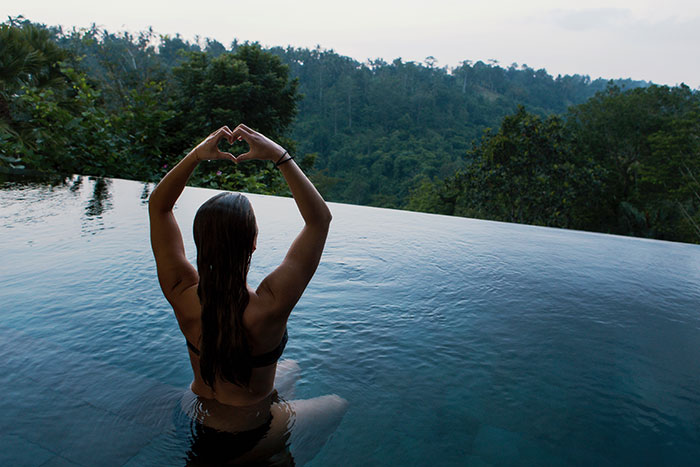 Psychiatrists usually recommend that patients continue to take medication for six or more months after symptoms have improved. Longer-term maintenance treatment may be suggested to decrease the risk of future episodes for certain people at high risk.

Psychotherapy: Psychotherapy, or “talk therapy,” is sometimes used alone for treatment of mild depression; for moderate to severe depression, psychotherapy is often used in along with antidepressant medications. Cognitive behavioral therapy (CBT) has been found to be effective in treating depression. CBT is a form of therapy focused on the present and problem solving. CBT helps a person to recognize distorted thinking and then change behaviors and thinking.

Psychotherapy may involve only the individual, but it can include others. For example, family or couples therapy can help address issues within these close relationships. Group therapy involves people with similar illnesses.

Depending on the severity of the depression, treatment can take a few weeks or much longer. In many cases, significant improvement can be made in 10 to 15 sessions.

Electroconvulsive Therapy (ECT) is a medical treatment most commonly used for patients with severe major depression or bipolar disorder who have not responded to other treatments. It involves a brief electrical stimulation of the brain while the patient is under anesthesia. A patient typically receives ECT two to three times a week for a total of six to 12 treatments. ECT has been used since the 1940s, and many years of research have led to major improvements. It is usually managed by a team of trained medical professionals including a psychiatrist, an anesthesiologist and a nurse or physician assistant.

In addition to all the aforementioned factors, actions committed by siblings of these individuals may also contribute to the decision-making in individuals experiencing depression or attempting to take their own lives.

A depressed mood is a feature of some psychiatric syndromes such as major depressive disorder and dysrythmia, but it may also be a normal temporary reaction to life events such as bereavement, a symptom of some bodily ailments or a side effect of some drugs and medical treatments. A Diagnostic and Statistical Manual of Mental Disorders (DSM) diagnosis distinguishes an episode (or ‘state’) of depression from the habitual (or ‘trait’) depressive symptoms someone can experience as part of their personality

Role of Yoga is managing depression

Yoga has always shown astounding results especially when it comes to “mind”. Mindfulness and increased mental balance come complementary with any form of yoga one may adhere to. Several scientific studies have proven that, the impact of yoga on the mind reflects in the physiological parameters in the body as well.

A study was conducted by Islamic Azad University, Iran, involved a sample of women who were referred to a yoga clinic from July 2006 to 2007. This remarkable study revealed that participation in a two-month yoga class can lead to significant reduction in the levels of depression in women who were clinically diagnosed to be suffering from anxiety.

According to University of Westminster, London, yoga-based interventions were estimated to be an attractive option for the treatment of depression. This study presented a research evidence for yoga as an exclusive option for depression management. In another study conducted by LWL university, Germany, 441 articles were evaluated that suggested that body-oriented work out through yoga had a better outcome in regards to depression and several other psychological disorders.

Jackson state university, USA published an article that carried a report containing systematic reviews of yoga interventions that were recorded in between 2011 and 2016. This study considered various yoga schools with the most common being Hatha yoga. Despite differences in study criteria, it was evident that yoga is one of the best forms of interventions for depression.

Apart from these literature reviews, live trials also showed remarkable reviews on the benefits of yoga for depression. One such study is that conducted by University of California, where the trial proved that benefits of yoga accumulates over time showing reduced depression symptoms even upon prolonged follow-up.